Soccer is the #1 sport in Costa Rica!

Over 25% of the people play soccer.

With only 1% of the population of the United States, Costa Rica has almost the same number of professional soccer teams (12 versus 17)! We love to play it, watch it, and talk about it!

Your team can play top quality international matches and experience the passion that Costa Ricans have for soccer. Live the experience of cheering on a local professional team by attending a professional match in one of Costa Rica’s memorable soccer stadiums!

Costa Rica is a country on the rise internationally.

At the 2014 FIFA World Cup, the Costa Rica Men’s National Team reached the quarterfinals, defeating Italy, Uruguay, Greece, and drawing against England along the way. They nearly made it to the semifinals but lost in penalty kicks to the Netherlands.

The Costa Rican Women’s National Team is competitive too! They made history in 2015, qualifying for their first ever Women’s World Cup, where they tied twice versus Spain and South Korea, before bowing out with a 0-1 loss to Brazil.

How have these National Teams become so skilled? It’s all about youth development. When you take a tour to Costa Rica, you’ll have a chance to compete directly against impressive teams which feature players who will go on to represent the country.

The two most popular and successful league teams in Costa Rica are Deportivo Saprissa and Liga Deportiva Alajuelense. If you are looking to make friends with a Costa Rican, ask them if they are a fan of Saprissa or Alajuela and then agree with them; it’s the surest way to make a new friend!

Costa Rica’s National Stadium boasts 35,000 seats and was inaugurated in 2011. Named the “Jewel of Costa Rica” by former president Oscar Arias, it was constructed at a cost of $100 million as a gift from the Chinese government. The construction was completed almost entirely by Chinese workers in a time span of approximately 2 years. Since the inauguration, the stadium has now hosted such high profile events as the Central American Olympic games concerts from Shakira, Lady Gaga, Iron Maiden, and Maroon 5, and, of course, all of the home soccer games of the Costa Rica’s National Teams.

The best youth players often play for their high school team as well as a club team. Many professional teams manage youth development programs. The national U15, U17, and U20 teams are often selected from these programs.

As of the most recent FIFA Big Count in 2006, Costa Rica had over one million soccer players and 31,000 youth players (under 18). That amounts to 248 soccer clubs and nearly 1,400 teams – larger than some U.S. State Associations!

Soccer, or futbol in Spanish, is the most beloved national sport. This sport is so much a part of Costa Rican life that even the smallest of towns have a soccer field. Every weekend throughout Costa Rica, you can hear the loud exclamations, applause, and booing—all signs that a beloved soccer team has just scored a goal or let one get away.

In 1887 the country’s first team began playing in the city of San Jose; a regulation ball was even brought from England. By 1904, soccer had spread to Alajuela, Heredia, Cartago and other provinces. The Municipality of San Jose was the first to invest public finances to promote the sport’s growth including setting up public soccer fields.

Costa Rica is the most successful national football team in the history of Central America, with eight championships between 1991-2014. They own three CONCACAF titles and they are the only Central American team to have played in four FIFA World Cups.

Get A Price Quote >

Shirley Cruz has accomplished more than an other Costa Rican professional player. She won the UEFA Champions League title twice with Lyon in 2011 and 2012- as well as six straight French league titles-- before switching over to France's other big club, Paris Saint- Germain. She has scored 49 goals in her time in France and she is the vice captain of PSG. 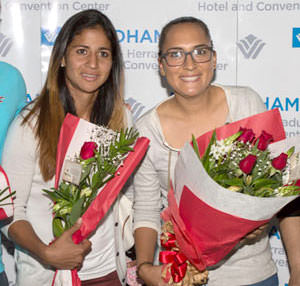 Costa Rican soccer star Raquel Rodriguez competed in our ODP Girls International Tournaments from 2007-2012. She has represented Costa Rica at the U17, U20, and Women's World Cups.

When asked about Costa Rican soccer talent, Rodriguez said, "Costa Ricans bring vision and creativity to the soccer field. It is definitely another style of soccer that can work really well with the American style, which is very physical. Both styles complement each other."

Growing up in the outskirts of the capital city in Perez Zeledon, Keylor Navas began his career playing for Saprissa, one of the biggest professional clubs in Costa Rica. He was nominated as one of the best goalkeepers for the 2014 World Cup, in which Costa Rica reached the quarterfinals in a historic streak of wins. He is now the starting goal keeper for Real Madrid and first male Costa Rican to win the UEFA European Champions Cup. Navas won the Best Player in Spain for 2013-2014.

Bryan Ruiz started his career in the other largest professional club in Costa Rica, Liga Deportiva Alajuelense. He has played for several European teams including Twente, Fulham, PSV, and is currently playing for FC Sporting. A crucial forward for the Costa Rican National Team, he scored goals in every game as Costa Rica made its way to the historic feat of reaching the quarterfinals of the 2014 World Cup. He is currently the team captain for the Costa Rica National Team.