Costa Rica is one of the happiest and most sustainable countries on Earth.

Costa Rica ranks #15 out of 156 nations in the 2020 World Happiness Report, an annual survey by the Sustainable Development Solutions Network for the United Nations. which considers levels of GDP, life expectancy, generosity, social support, freedom among others.

Why does it receive such a high rank? A Gallup poll discovered Costa Rica has one of the highest levels of well-being in the world. It was one of the highest life expectancies– 78.5 years. This is no doubt partly a result of the nation’s excellent public health and hospital system. Costa Rica has free primary and secondary public school education and a literacy rate of 97.8%.

Costa Rica is about the size of West Virginia but boasts 6% of the world’s biodiversity which the country protects by designating over 25% of its land as protected national parks.  According to the National Center for Energy Control reported by the Tico Times, it has gotten 98% of its energy from renewable resources such as hydro-power, wind, geothermal and solar panels every year since 2015.

Peaceful and protective of human rights

The oldest democracy in Latin America, Costa Rica is a peaceful nation that abolished it’s army in 1948 and reallocated those military expenditures to health care and education. Often referred to as the Switzerland of Central America, it is ranked ahead of the United States and #1 in Latin America by the Institute for Economics and Peace in its Global Peace Index. It is also well known for its protection of human rights and it ranked #7 out of 180 countries in the 2020 World Press Freedom Index by Reporters without Borders.

Costa Rica has enjoyed continuing stability after almost two centuries of uninterrupted democratic government. The legal voting age is 18. Costa Rica has a single Legislative Assembly made up of 57 people. The general public votes once every four years for a president and 2 vice presidents. The general public votes for the party of their preference for the Assembly. After all votes are counted, the percentage of votes determines how many seats each party will have in the Assembly. Each party selects their own representatives to fill these seats.

After two and a half centuries as a Spanish colony, Costa Rica declared its independence from Spain in 1821. In 1948, President Jose Maria Figueres Ferrer made vast reforms in policy and civil rights. Women and blacks gained the vote, the communist party was banned, banks were nationalized, the military was abolished, and presidential term limits were established.

In 1987, Costa Rican President Oscar Arias Sanchez earned world recognition when he was awarded the Nobel Peace Prize for his part in ending the Nicaraguan civil war; he was elected president again for the 2006-2010 term during which he helped pass free trade agreements with the United States and several other countries. Although it still maintains a large agricultural sector, Costa Rica has expanded its economy to include strong technology and tourism industries. Costa Rica elected its first woman president, Laura Chinchilla, in 2010. Luis Guillermo Solis, a representative of the socialist-leaning PAC party was elected president in 2014.

We are waiting for you in Costa Rica!

Get A Price Quote >

Oscar Arias Sanchez was President of Costa Rica from 1986-1990 and from 2006-2010. He received the Nobel Peace Price in 1987 for his role in working for peace among Central American countries. He was very proud of Costa Rica’s decision to abolish its army in 1948 and he promoted global demilitarization during his meetings at the United Nations.

He was instrumental in creating diplomatic ties between Costa Rica and China, which resulted in the historic gift of Costa Rica’s new National Stadium, inaugurated in 2011.

Read his op-ed article from Forbes, titled: The Power of Football to Unite, Despite Rivalries

“My beloved Costa Rica, a little country of fewer than five million souls, has arguably captured the attention of billions by advancing into the quarterfinals of the 2014 FIFA World Cup…. It also demonstrates the power of football to surpass borders and nationalities…”

Laura Chinchilla was Costa Rican's first female president. Her presidential term was from 2010-2014 and she worked tirelessly to promote education and public safety during her time in office. 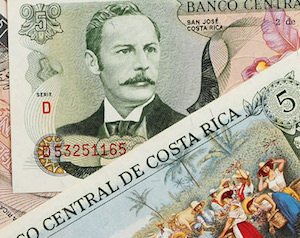 Costa Rica has changed from an agriculture-dependent economy to a services-driven economy. 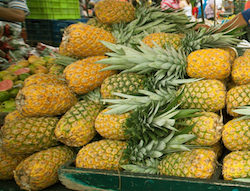