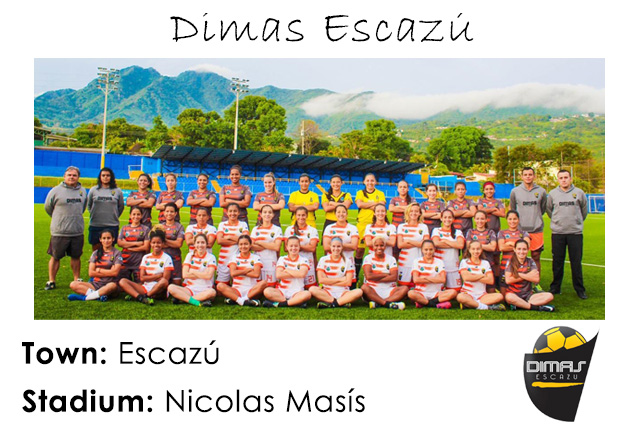 17 AugMeet the Division I Teams

Today the Division I National Women’s Soccer League (established in 2001) accounts for 8 teams (2020): Saprissa FC, LD Alajuelense, CS Herediano, Dimas Escazú, AD Coronado, Sporting FC, Suva Sports y Municipal Pococí. The league organizes two tournaments per year, which include Season 1 (March-June) and Season 2 (July-December). The winners from each season play each other to determine the champion for the year. There is also an organized second and third division league, as well as the youth programs from the 82 counties across Costa Rica. The governing body of the women’s soccer league is called Unión Femenina de Fútbol (UNIFFUT).

It has been a challenging process for women’s soccer to get where they are today, but Costa Ricans are now filling up stadiums to see their teams play, just last December 2019 the final match of the tournament played between Saprissa FC and LD Alajuelense received 16,900 soccer fans! The teams with most titles are LD Alajuelense and Saprissa FC, also CS Herediano (formerly known as AD Moravia) and AD Coronado hold several titles as well.

Born in 2001, she left her hometown of Perez Zeledón and moved to San José Costa Rica’s capital city at age 14 to start her soccer career. She has two national and two international championship titles. Her debut with the National team started at age 16. Currently, she plays for LD Alajuelense and last season she held the title as the top scorer in the DI league tournament.

Priscilla describes herself as a kind, confident, and social person, always showing a smile and being the teams’ jokester. She likes to put in the extra work and believes it is the reason for her success.

Her biggest challenge is being away from her family, but they are constantly supporting her career. Her next dream is signing an professional contract to play internationally. 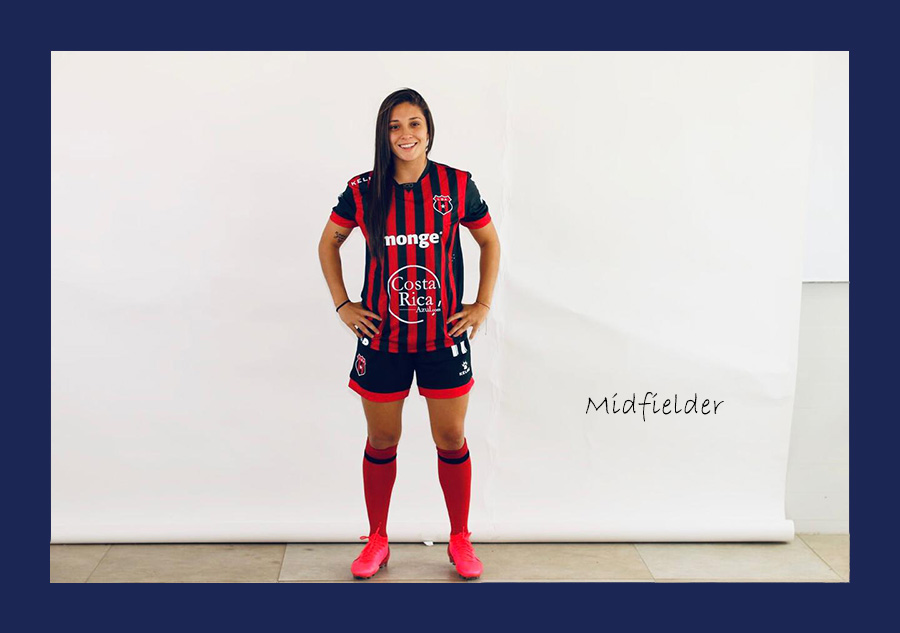 Priscilla Chinchilla is a star midfielder for the Division I team Alajuelense FC in Costa Rica.

She was also born in the south region of the country in Perez Zeledón, and was approached by Geovanni Vargas the technical director for Dimas Escazu in 2016, after learning of her potential and desire to play for the DI women´s league. Her coach describes her as a very responsible and professional player, she knows that to perform you must work in a wholesome way, she has innate physical and technical conditions and despite her short stature she has a good aerial game and a very effective mark, her right leg has a “missile“ effect in that allows her to make successful long-distance shots and free throws.

Like Priscilla, her biggest challenge has also been leaving her family to move to the city to follow her soccer dreams.

She envisions women’s soccer in Costa Rica growing even more and hopes that the leadership continues to invest in development, providing the conditions to increase the competitive level of the teams and high performance of each player. 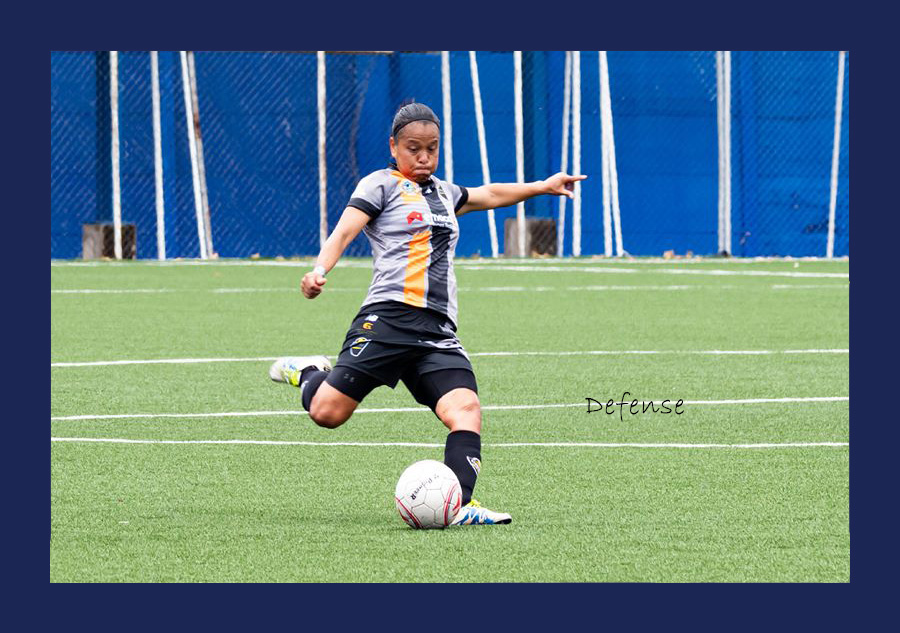 Defense Shirley Arias plays for the Division I team Dimas.

Cristin, age 29, is grateful that her friends, family, and fellow players insisted on her returning to the field after a serious injury to her left knee kept her out of the game for over 17 months.  She has had a storied career in both national and international soccer.  In a recent interview with the Costa Rica national newspaper, La Nacion, Cristin described how she has played for the Costa Rican Division I teams of Saprissa and Moravia as well as the VCU Rams and South Florida Bulls in the U.S. and the Junior Barranquilla in Colombia and Spain’s el Tacón.  She now plays for the Costa Rican Division I team Herediano because of “my friendship with Bernal Castillo (the coach) and because they believed in me even when I was injured and not sure I would be able to return.”

“I see soccer differently now.  I realize how fortunate I am to be able to play.  It is a privilege that few of us have and I try to enjoy it to the maximum.” – Cristin Granados in her interview with La Nacion

Cristin Granados currently plays for the the Division I team Herediano. She has years of experience playing internationally in the U.S. and in Europe. 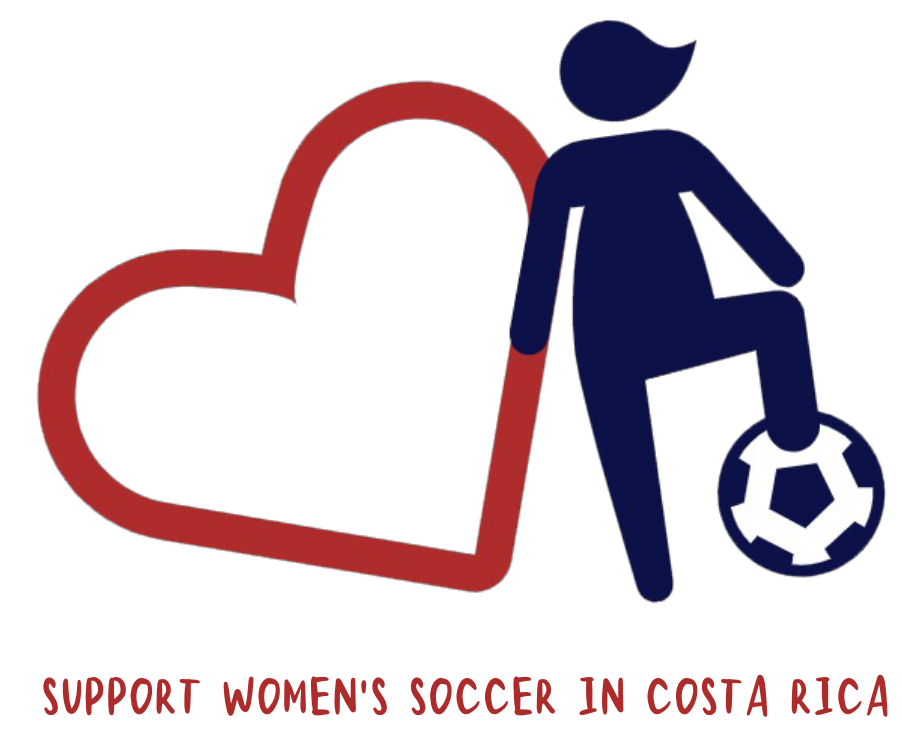