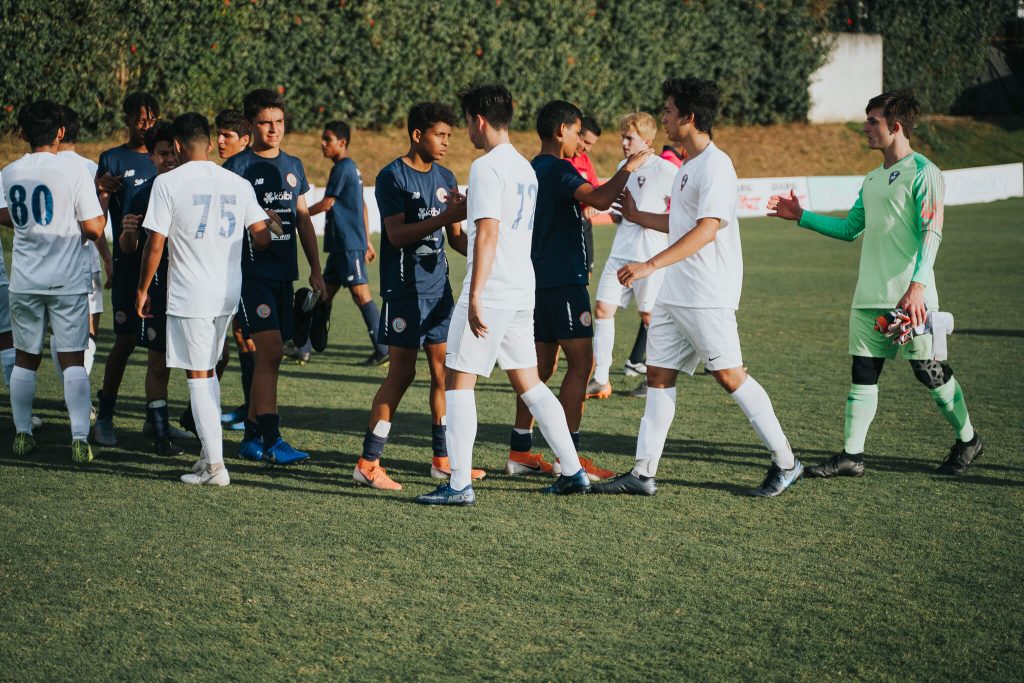 Costa Rica Soccer Tours was pleased to host the ODP West boys’ soccer teams in February — a team of top youth players from all over the American West chosen by the Olympic Development Program.

Many of the players had never met each other or played together, much less spent a week visiting the happiest country in the world.

After a late arrival, orientation and hotel check-in, the team spent some time training during their first full day in the country. Then, the team squared off against Costa Rica’s under-17 National Team, a formidable opponent that schooled the Americans in Tico-style fútbol.

On Day 3 the team visited a drop-in center for underprivileged children, where they were amazed and moved by the hugs and shrieks of kids delighted by their visit. The local children are always thrilled by visitors, and there was a lot of chasing, jumping, running, shouting and laughing.

“Amazing seeing the whole team have fun with the young kids, even with a language barrier,” said trainer Joseph Betts.

The day continued with some training at Rohrmoser Stadium and a walking tour of downtown San José to learn about Costa Rican history and culture. 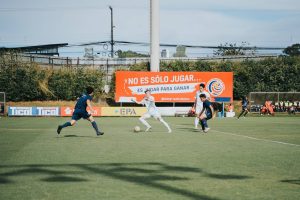 More soccer was in store for Day 4, with a hard-fought game against Carmelita. ODP West scored the first goal in just two minutes, but Carmelita capped a good sequence of passes and scored for the tie. At the end of the first half, ODP West scored its second goal for the lead.

In the second half, Carmelita tied the game again with a corner kick, but ODP West came back with the final goal of the game, winning a 3-2 thriller.

“The Costa Rican teams played very well with the ball on the ground and knew how to pin it around,” said player Clayton Crockett. “I don’t feel that they were as physical as American teams, though.”

Fresh from the win, the team attended a professional game between Saprissa and UCR and enjoyed watching some high-level soccer in a major stadium.

Day 5 provided a break from soccer! The team took a trip to the beach — with a stop along the way to go zip-lining. A troop of white-faced monkeys scampered in the trees during the safety talk, and heart rates soared as the kids conquered their fears and sailed off into thin air.

The team enjoyed its time on a magnificent Pacific beach and then headed back to San José.

On Day 6, ODP West played its third game, against Cartago, which ended in a 2-2 tie. The kids were impressed by the lush vegetation and beautiful mountains surrounding the stadium.

“You always learn no matter the environment,” said Coach Noble. “By being in a country with such passion about football, it makes you appreciate the beautiful game that much more.”

On its last day, the team paid a visit to Costa Rica’s spectacular National Stadium, and then to the amazing La Paz Waterfall Gardens, which feature not only waterfalls but wildcats and other rescued animals.

In their fourth friendly match, the boys squared off with Heredia in a complex game that ended in a 2-1 win for the Costa Ricans.

“Loved being treated as a pro and seeing the new culture and geography of Costa Rica’s beautiful country,” said player Brendyn Ponce.

Talk to Costa Rica Soccer Tours about putting this country on your team calendar, and leave the planning to us. It’s a trip you’ll never forget!