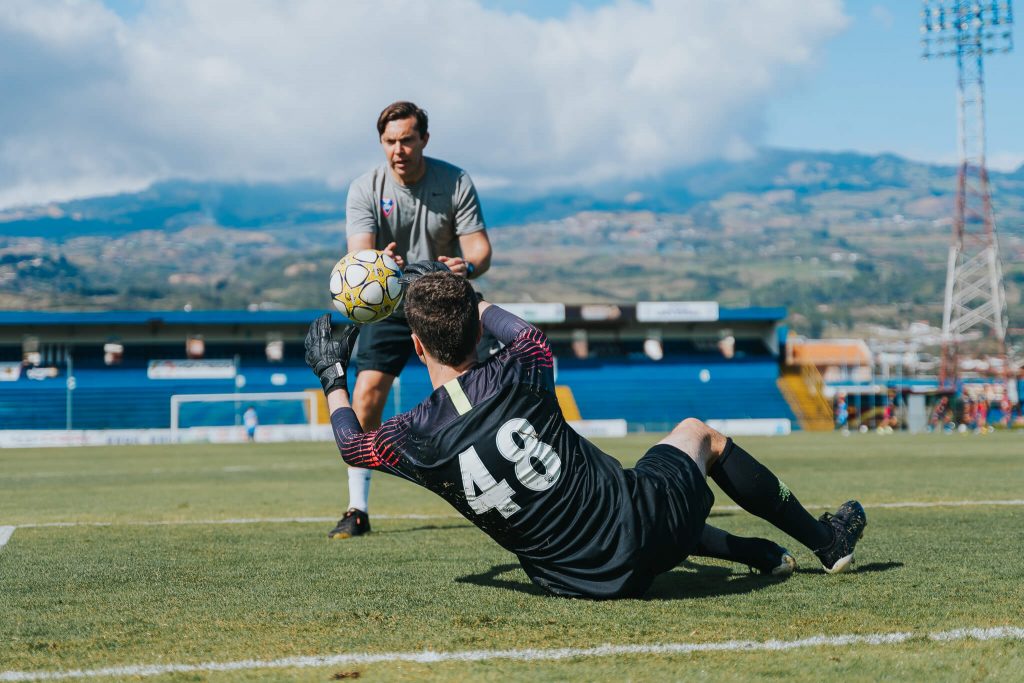 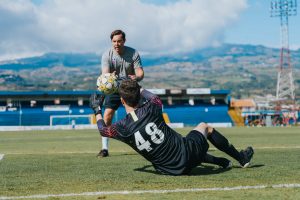 The boys’ soccer team of the U.S. ODP (Olympic Development Program) South Region arrived in Costa Rica for an intense week of local fútbol and total immersion in a soccer-crazy country.

Following a late-night arrival in San José, the team went to an orientation, ate dinner, and checked in at the hotel where the team would be staying for seven nights.

In the morning, the kids completed community service during a visit to El Manantial, a drop-in center for underprivileged children. There they hugged and played with the children, a tender and enriching experience.

“Truly amazing and worth the time,” said player Leo Mendez. “Was easily one of the highlights of my trip.”

Player Brayden Wood echoed that sentiment: “Amazing—seeing the kids happy makes you feel like you are doing something good. And sets an example for yourself.”

From Training to Game Time

The team visited a soccer training center in Alajuela for an intense workout and to gain a better understanding of their coaches’ vision. Then they enjoyed dinner at a restaurant called Tiquicia, with spectacular views of the Central Valley.

On Day 3 the team did some training at Rohrmoser Stadium in San José. In the afternoon they departed for the history-rich city of Cartago. There they caught a glimpse of the Basílica de Los Angeles, Costa Rica’s most famous church, and vowed to return for snow cones if they won their game that night.

Soon they squared off with their rivals, the youth Cartago team. The game started with great intensity favoring Cartago, who scored the first goal. ODP South quickly evened the score with a brilliant combination play and then scored again with a header on a corner kick. ODP South ended the match with a 2-1 win!

“Really great to see every team with similar traits,” said Coach Paul Conway. “Very composed on the ball. Terrific movement. Great for our teams to see.”

Before heading back to the hotel, the boys returned to the Basílica to collect their well-earned snow cones.

Day 4 started with a walking tour of downtown San José, where the kids learned about Costa Rican history and culture while bartering with souvenir vendors at the flea market. 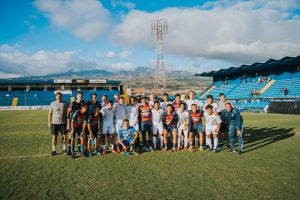 They played their second of four friendly games the same day, against Carmelita, which edged them 2-1 in a hard-fought match.

A highlight of the day was the chance to watch a professional match between Saprissa and UCR. The kids were impressed by the skill of these First Division teams, not to mention the intensity and passion of Costa Rican fans.

Day 5 was an eventful “day off” featuring a thrilling zipline tour, which got everyone’s adrenaline surging, followed by a trip to the beach. The boys splashed in the ocean, enjoyed the clear weather and were amazed to see monkeys invade the restaurant where they were eating. Happily worn out, many of the kids slept on the bus ride back to San José. 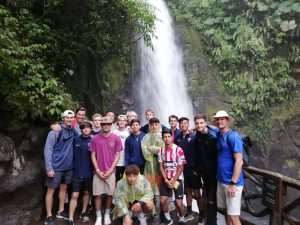 The next day, an early game against the youth Saprissa team took a physical toll on South ODP, which fell short against the fast, experienced team.

The boys then paid a visit to the La Paz Waterfall Gardens, which contains not only dazzling waterfalls but a wildlife refuge with big cats and other animals. By Day 7, it was time for Game 4 against Heredia, who dominated throughout. But you often learn more by losing than by winning!

“The games were very fun and it was a good experience playing new competition that plays a different, more dynamic style,” said player Carsten Haddad.

If you’d like your team to gain international experience and enjoy the trip of a lifetime, book a trip with Costa Rica Soccer Tours and leave the details to us!