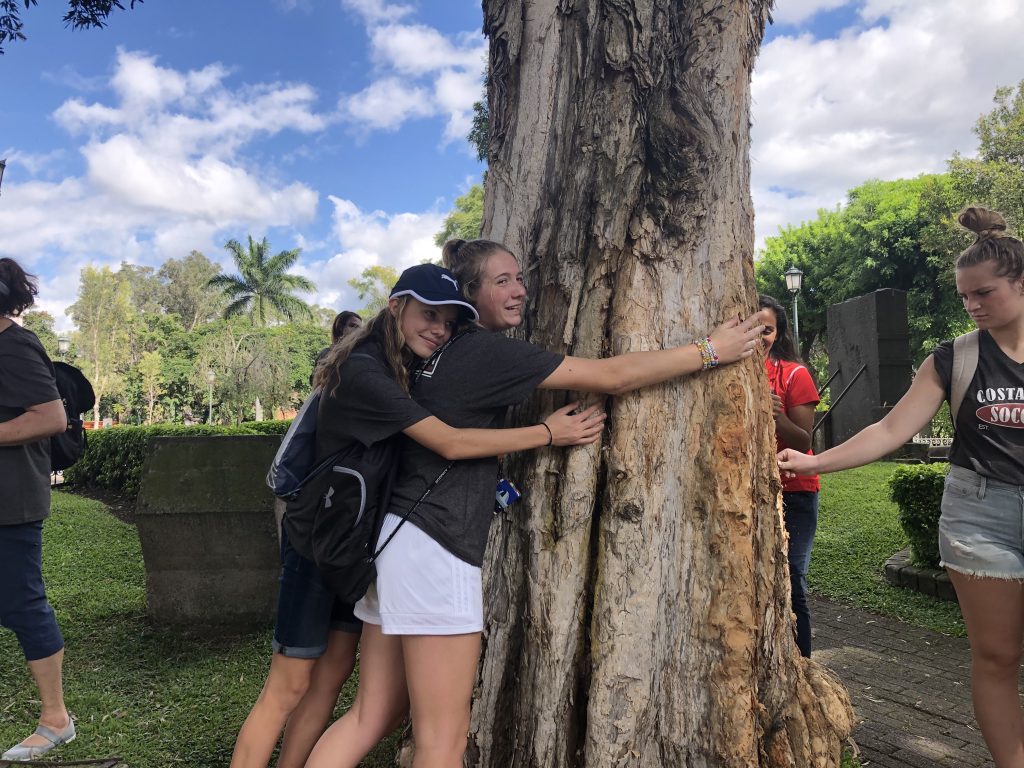 05 DecArsenal FC Premier Prove They Got Game In Costa Rica 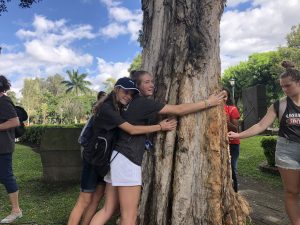 Utah’s Arsenal FC Premier U16 girls’ team recently landed in Costa Rica for their first international trip as a team, and one of the first orders of business was to do some tree-hugging.

During a walking tour of downtown San José, the girls literally hugged a tree, in addition to touching the façade of a school made entirely of metal and dancing in the Temple of Music at Morazán Park. They also visited the National Stadium, where they ran a lap around the field.

On the second day, they visited a community center for underprivileged children, bringing much-needed gifts and chasing the kids around for an hour.

“My best memory was having kids run up to me the second they were allowed to play,” said player, Marryn Poll. Another player, Olivia Driggs, said, “Just one girl stayed with me the whole time and I loved it.”

After that, it was time for some training with Costa Rican soccer coach, Carolina Venegas, who has played in the US and Europe. She is currently coaching the youth teams of Saprissa.

Later that day, the girls visited the Mormon Temple and played their first friendly match against Dimas. After the game, the Arsenal players exchanged some gifts with the other team.

“I love their style!” player Hayley Ellis said. “Very quick pace and they played in the air constantly. Loved it!”

On Day 3, the girls managed to squeeze in both a whitewater rafting trip on the Sarapiquí River–which they thought was a total blast–and a nighttime match against another Costa Rican soccer team, Codea. Arsenal won, and there was a lot of singing and dancing on the bus back to the hotel. 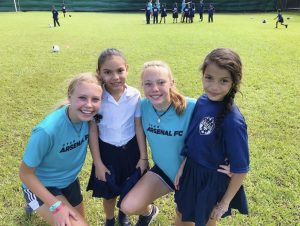 On Sunday, the girls went to church. Even though they didn’t speak Spanish, they felt very welcomed by the congregation. Then, they took the bus to the second leg of their trip, the beaches of Guanacaste. The girls were thrilled with the ocean and the sunset.

The team chose to do a second service project by offering a soccer clinic in Portegolpe for first, second and third grade students. The children were very excited to play soccer with people from the U.S., and at the end of the visit, they gave everyone big hugs.

“I loved their energy and excitement to be with the girls,” said parent, Dan Leister. “I also liked that our girls were trying to use some Spanish. I loved and will try to apply the ‘Pura Vida’ message into my life back home.” 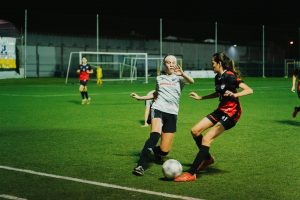 Next on the schedule was a catamaran cruise, where the girls did some snorkeling, ate and drank, and caught a beautiful sunset.

The following day was jam-packed! The team woke up early for a zip lining tour, where they were challenged with a face-down “Superman” cable that’s 4,461 feet long and not for the faint of heart. Emboldened by having conquered this challenge, they later went on to defeat Liberia in their third match of the trip.

Finally, it was time to pack up and head back to San José for a farewell lunch and one last game. Moravia won, giving Arsenal a 2-2 record in international play.

“The variety was nice,” said Brian Barlow, coach of the various teams Arsenal faced. “They were aggressive, technical and presented different challenges. What a great soccer experience!”