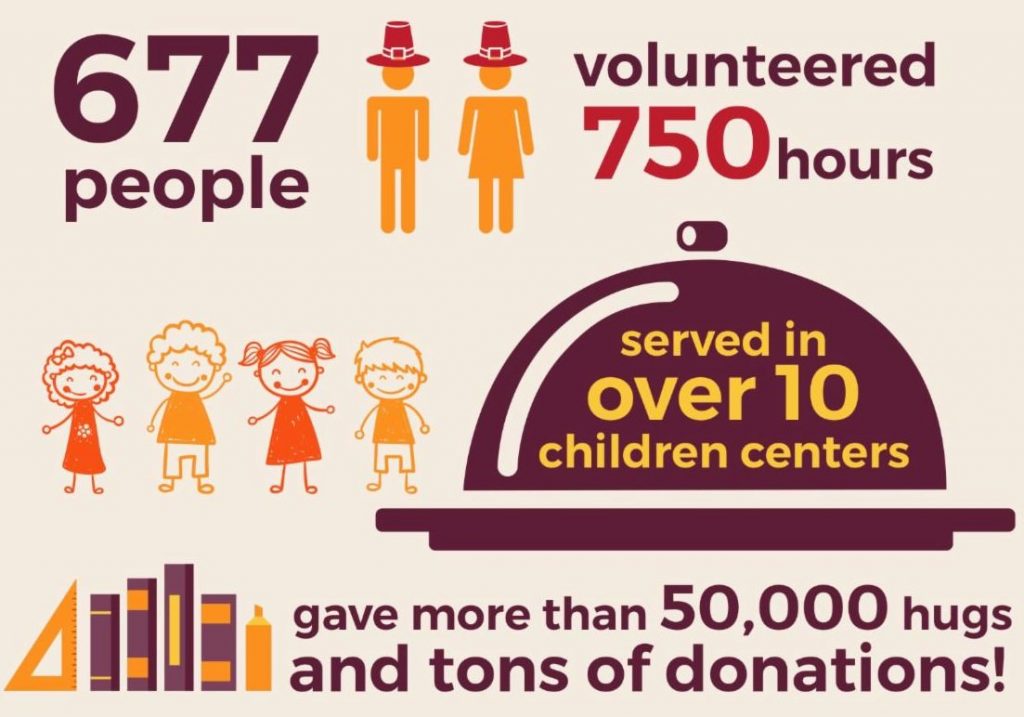 Thanksgiving is a holiday where we enjoy the bounty we’ve been blessed with, and also one where we remember those among us who are less fortunate.

One of the ways we give back at Costa Rica Soccer Tours is by inviting our teams to join our social responsibility efforts while they’re on their trip. 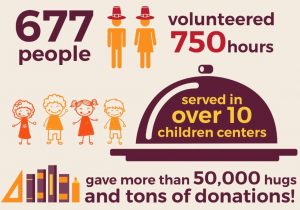 Teams may volunteer to do a number of service options; They may choose to do a facility improvement project, organize a soccer clinic for local kids, or visit one of the children’s centers we support. Any of the options involve a lot of hugs, laughs, piggy-back rides, games of tag, soccer matches, and sometimes even tears upon departure.

The children are absolutely delighted to receive visitors from a foreign country, but they’re not the only ones that benefit. Community service builds teamwork, creativity, leadership and professionalism in the players.

Below are some examples of community service projects completed by the teams that visited us this year. These are all options your team can do as well!

A Magic Show and a Painted Tire Garden

After playing for an hour, the students and kids were divided into two groups. The first group created a beautiful tire garden while the second group painted it.

Coach Jerry Johnson said, “The children showed so much love to my players. We thought we were serving them, but the kids gave us so much more than that.”

The under-12 kids of Newbridge Soccer Academy were not all that much older than the children who happily greeted them at the Los Guido children’s center, but there were still a lot of hugs and laughs.

They played with the kids for almost two hours. Coach Graham Chandler remembers “their smiles, energy and the love that they showed all of us.”

Baldwin College decided to offer a soccer clinic for the schoolchildren of La Guaria, a community in the rainforest region that struggles with limited resources.

“Even though we don’t speak the language, it was great to create bonds with them and teach them the sport we love,” said player Olivia Kane.

The women’s team of Chicago’s Elmhurst College visited a little community located on the North Pacific called Portegolpe, and it’s possible that neither group will ever be the same.

When the team arrived, the children all came running up to them eager to play. The activities were a big success! The group even played a couple fun matches– the local kids vs. the team. At the end, the Elmhurst women gave the kids new shirts and soccer cleats.

The women’s team of Virginia’s University of Lynchburg visited a public school in the town of Hatillo, where they organized a soccer clinic for the kids as well. The children were so surprised when Lynchburg gave each of them a soccer ball!

Administrator Joe Hutzler said the highlight for him was “the pure joy of the kids enjoying their time and receiving those balls and school supplies — the things we take for granted at home.”

The community service is the highlight of the tour for most teams. We find that by giving something away, we all end up enriched.

Here in Costa Rica we are passionate about providing the best soccer tours available anywhere. We invite you to join us, and we believe you will be thankful you did. Get started here >>

Here is a quick video showing how South Region ODP Boys took time during their tour to visit a children’s center!