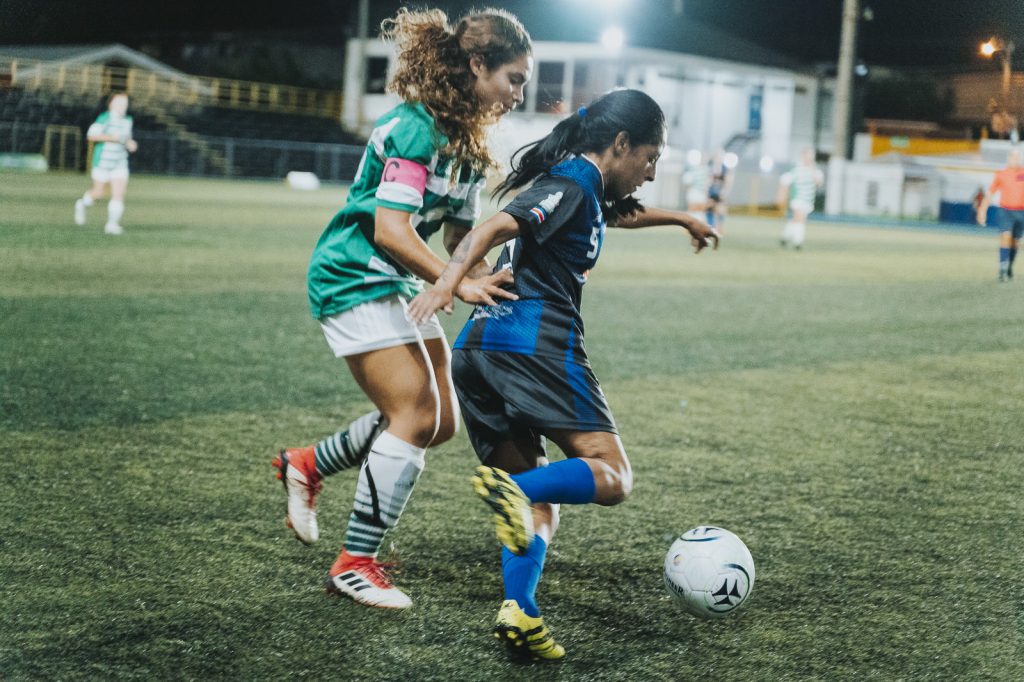 19 AugSlippery Rock Women get their Game on in Costa Rica 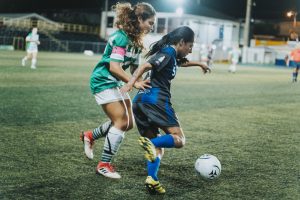 Costa Rica Soccer Tours was pleased to host Pennsylvania’s Slippery Rock University women’s soccer team for a nine-day visit to our country, where they honed their soccer skills, experienced some adrenaline-inducing adventure, and gave back to local communities.

The teams have the option to add a community service project into their itinerary, but Coach Griggs decided to include two. First, the team visited Pacifica Fernandez school, located in an underprivileged community in San José, and organized a soccer clinic for the kids. The team also donated school supplies that they gathered thanks to the university’s support.

“I absolutely loved being with the children and spending time with them all,” said player Sofia Harrison. “I will never forget the memories I made with them.”

“I love children and to see how happy they were just by us giving them hugs, passing a ball, and seeing their smiles on their faces was amazing to see,” said Taylor Gunn.

That night the women faced a skilled local team called Moravia. Some of the Slippery Rock team had never played together, and before the game the coach introduced a new 3-5-2 playing formation.

Both teams started out on the attack, with Slippery Rock’s plan to apply “a different kind of pressure” serving the team well. Working in triangles, they were mostly successful at containing Moravia, though both goaltenders had to make some saves. The challenging game ended in a 0-0 tie.

“It was a great experience to play a completely different style of soccer,” said Rachel Edge.

The next day the team visited a drop-in center in Los Guido for children living in poverty. The girls were really moved to hear stories about the tough environments these kids live in, and again they delivered a gift of school supplies.

“Some of them cried at the end and kids didn’t want them to go away,” wrote our tour guide. “The time with the children of Los Guido made their hearts incredibly happy and they just wanted more.” 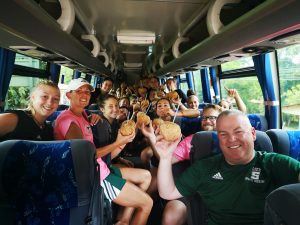 More water was in store the next day with a whitewater rafting trip on the Sarapiquí River. Some of the girls were a bit scared, but they took up their positions and soon learned about the teamwork required to keep the rafts upright.

They sailed through the first rapid, “Morning Coffee,” but the second one bucked a few girls off the rafts. This caused more laughter than terror, and they got over their fears and had a great time. The day ended with a game against San Carlos (during a storm) in which Slippery Rock prevailed.

On Day 5 the team went ziplining, for many it was their first time, and once again there were some fears to conquer, but they were so glad they did it.

“I had an amazing time,” said Kayla Swope. “It was a good team bonding activity, but also perfect for pushing personal limits.”

Wrapping up at the Beach

And then it was on to their next destination, a sumptuous beach resort on the Pacific, where the team was wowed by the accommodations. Here they would face Liberia for their final friendly-match, which again ended in a 0-0 tie.

“The teams and fields here are wonderful!” said Emma Yoder. “It was so amazing to be able to interact with the other players and coaches, and it was a privilege to play against the Costa Rican teams.”

The last two days included a little soccer at the beach, some pool time, some tanning, and a visit to a vibrant beach town for shopping and dinner. Then it was back to San José to prepare for their flight home. The girls were happy to see that their “last supper” would be pizza and nachos.

Asked what she would take home from her experience in Costa Rica, Julianna Esposito said, “To never take anything for granted and appreciate the little things in life and the people around you. You never know what someone else is going through, so approach people with an open heart.”