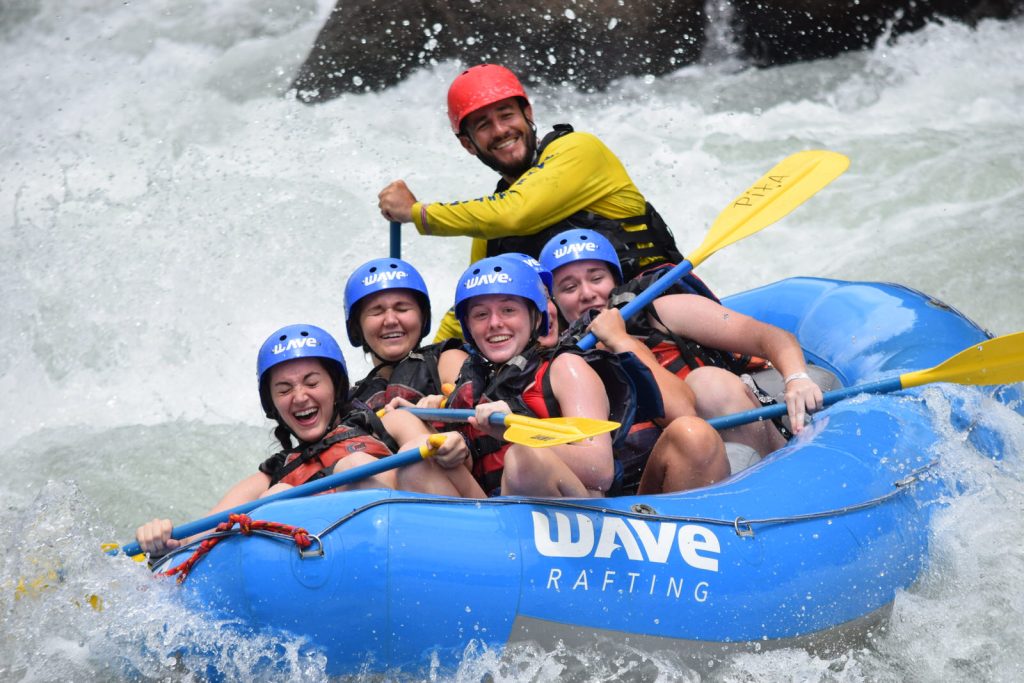 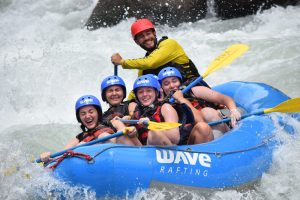 Roanoke’s first outing was to a high-performance sports training center for a practice session. On the way to the field the team saw some cows- it was an exciting discovery for them! Costa Rican cows are a little different from the ones in the US.

Getting a Feel for Costa Rica

At breakfast the next day, the women became fans of the “mamón chino,” a red, spiny fruit with a sweet, white center (known in English as rambutan or lychee). After some training, they embarked on a walking tour of San José, visiting its most famous downtown landmarks and learning some Costa Rican history.

That night the team played its first friendly, against Dimas. Though Dimas scored in the 17th minute, Roanoke came back in the second half with two goals, for a 2-1 win.

“The style of play was very different, and it was a good representation for women’s sports,” added Kat Van Order.

A Heart-Warming Day of Community Service 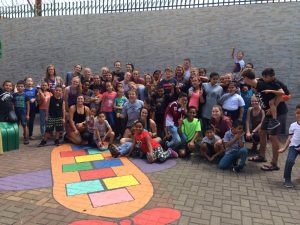 Our teams have the option to do a community service project and Coach Benne said yes to it from the beginning. Roanoke visited a children center where children living in poverty receive care and support while their parents work.

They were greeted by hugs from excited kids eager to play games with them. During a brief farewell, a girl from the center prayed that the team would have a safe trip home.

But there was a lot of adventure still ahead, as the team traveled to the rainforest in the Arenal region for the second leg of their trip. After check-in at a new hotel and some light training, they headed to a major hot springs complex for dinner and some exhilarating water slides.

The adventure turned a bit more extreme on Day 4, with whitewater rafting on a rushing river. This is invariably a great team-building event, as rafters have to paddle fast and in unison to stay upright in the rapids.

“The adrenaline rush it gave us was exhilarating,” says player Delaney Weston. “It was a lot of fun to work together with teammates we hadn’t necessarily worked with before.

The next day introduced more heart-pounding adventure as the women went ziplining through the rainforest canopy— a first for many, with views of the iconic Arenal Volcano and the second-largest lake in Central America. They then headed for the third leg of the trip, a visit to a beach town on the Pacific (with a stop along the way to photograph some monkeys scampering overhead).

A welcomed morning off allowed the team to enjoy the hotel swimming pool and the beach, plus go for a run as a team. They then headed to their third match, against Liberia, and Roanoke edged the other team by one goal.

A relaxing day followed, with sunbathing, beach time, yoga and water polo. The team took a side trip to one of the Pacific coast’s top tourism meccas, where they bought ice cream and smoothies and enjoyed some beach time. The highlight of the day was finding a restaurant with live music, where they made friends with some local girls and danced and sang.

A catamaran sunset tour was their last major adventure, with a big payoff when they spotted some whales. So lucky! Snorkeling in the ocean was another highlight, as well as a beautiful sunset.

At that night’s farewell dinner, one of the coaches promised that the team would be back a sixth time.

If any of this sounds to you like good fun and great team building,contact Costa Rica Soccer Tours to arrange your visit. How many of the teams you play can say they have international soccer experience?