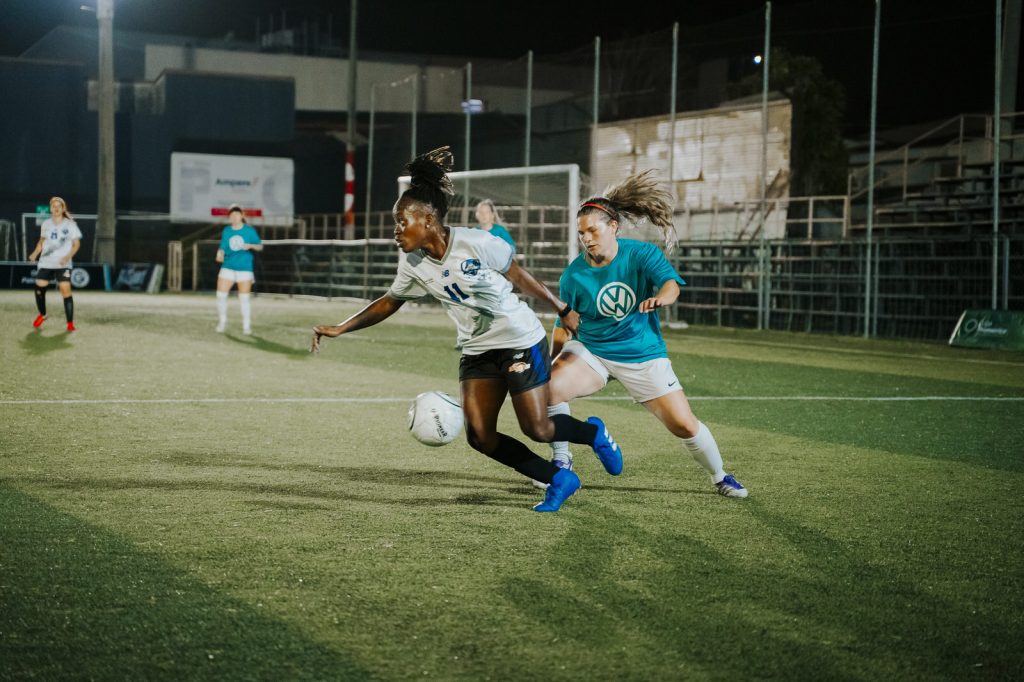 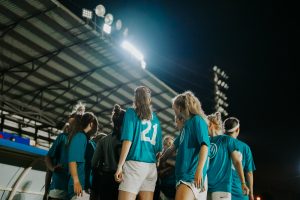 The women’s soccer team from Pennsylvania’s Marywood University recently completed its first soccer tour of Costa Rica, where they trained with a professional coach, took on local rivals in competitive matches, and got a taste of the country’s natural beauty and diversity.

After a late-night arrival and hotel check-in, the next day started with a traditional breakfast of gallo pinto (which means “speckled rooster” but refers to beans and rice).

Then, the team completed a walking tour of downtown San José, visiting its major landmarks, learning some history and buying souvenirs. They also got a chance to visit Costa Rica’s National Stadium, considered the finest sports venue in Central America, and did some training in the afternoon. 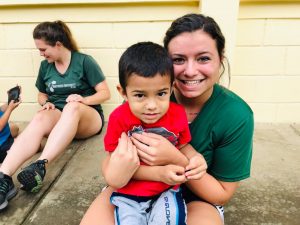 The next day the team visited a drop-in center for children living in poverty, where parents and players had a lot of fun playing with the kids and were touched by their stories.

“The trip to the children’s center was my favorite part of the whole trip,” said player Shea Olszewski. “It was great to brighten the day of these children and see what an impact we could make.”

“This experience was unlike anything I have ever experienced,” said Kayla Schmadtke. “I loved spending time with the kids. It was lots of fun and awesome to see them so happy.”

A Waterfall Visit with Big Cats

The team visited La Paz Waterfall Gardens, a private nature park and animal sanctuary known for its spectacular waterfalls as well as for its jungle cats, monkeys and other wildlife. The ladies got in line to have their photos taken with toucans, although they appeared to be a little bit afraid of them.

That night Marywood played the first of two friendly matches against a local team, Dimas. Dimas won, but the women said they learned a lot from watching their technique.

“They play more of a possession game compared to the U.S.,” said player Kayla Schmadtke. “They use more moves than us and have excellent touches.”

On Day 4 the team visited a sports-training complex in Alajuela where they got to train with the Costa Rican professional soccer coach and player Carolina Venegas, who has also played in Europe, the US and the Costa Rican national team. Some of the drills were familiar to the team, but there were others that the coach thought should be incorporated into regular training.

When asked what she will take home from this training, Schmadtke said, “I can take with me the following things: the intensity needs to pick up, better touches, and movements that they showed us.”

Adventures at the Beach

The team headed to a beachfront resort on the Pacific Ocean for the second leg of their trip. The next day, the group opted for going ziplining through the treetops, while others stayed behind to enjoy the beach and pool. As the day waned, everyone was taking pictures of the beautiful sunset.

Day 6, their last, the team returned to San José, with a pit stop at the Tárcoles River Bridge to marvel at the large number of crocodiles that can always be spotted there.

Their final game was a late one, at 8 p.m. against Moravia. Although Marywood did not prevail, the team agreed they had learned a lot that would improve their play back home.

Contact Costa Rica Soccer Tours to inquire about booking your team visit, and see what this experience can do for your game!