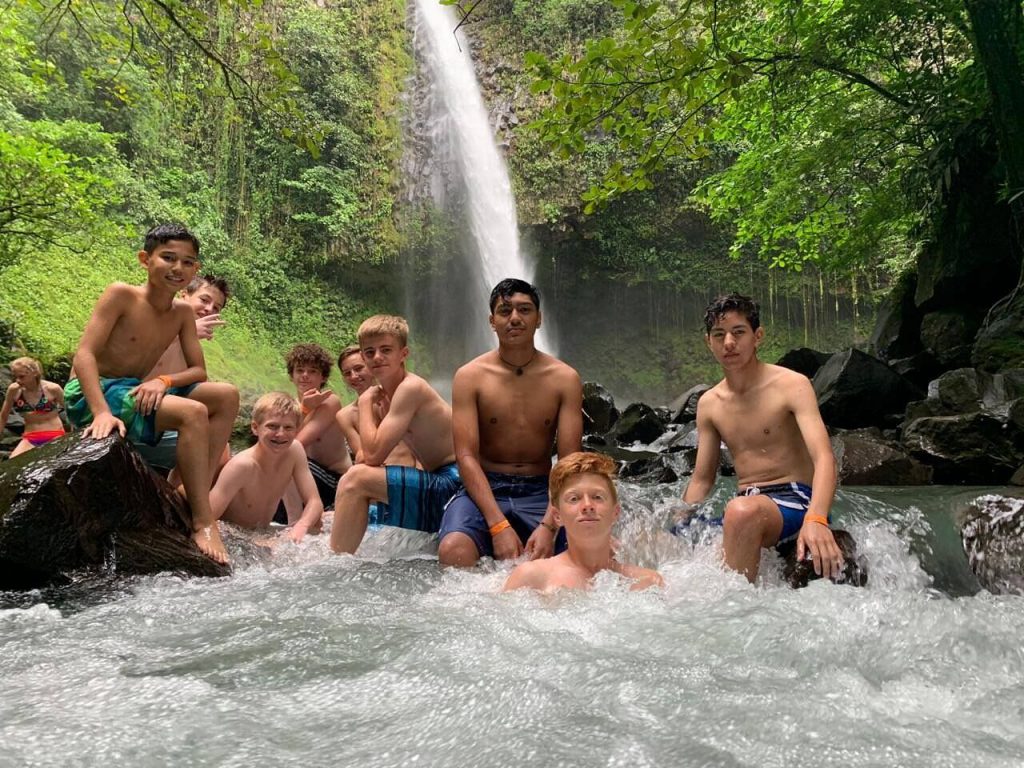 28 JunPrepare To Be Surprised On Our Costa Rica Soccer Tours

For close to 25 years, Costa Rica Soccer Tours has been taking North American soccer teams on tours in the happiest country in the world. And even if we TRIED to deliver a boring, ordinary experience, we would probably fail.

That’s because Costa Rica is among the most vibrant, biodiverse, naturally fascinating and culturally rich countries in the world.

We have a literacy rate of 96%, an excellent health care system, a diverse economy and a reputation for safety.
We have two oceans. We have volcanoes. We have jungles. We have jaguars.

Oh, and we have the best soccer team in Central America. But we don’t like to boast.

Here are 5 reasons why you can expect the unexpected on your visit to Costa Rica:

Costa Rica has just 0.03% of the world’s landmass, yet it boasts 5% of the world’s biodiversity. That means that out of every 20 animal and plant species on earth, one of them lives in Costa Rica.

That’s an incredible but true statistic, and it makes Costa Rica one of the world’s most biodiverse places, rivaling the jungles of central Africa. You’re likely to see monkeys, sloths and toucans on your tour, among other surprises.

You’ll experience at least three major climates in this country on your tour — the capital city of San José, the jungles of Arenal and the beaches of Guanacaste. Each of these comes with its own set of flora and fauna, temperatures and rainfall levels, so it’s almost like visiting three countries in one.

Costa Rica is one of the adventure tourism capitals of the world. Recreational ziplining in the jungle canopy was actually invented here, and so-called “canopy tours” abound (not to mention scream-inducing “Tarzan swings”).

Abundant rainfall and big changes in elevation add up to excellent whitewater rafting and kayaking opportunities, and there’s a multiplicity of stunning waterfalls.

Almost all of our tour groups visit a waterfall, and if yours wants to try something a bit more heart-pounding, we’ll make it happen.

We’ll visit farmers’ markets where you’ll find fruit for sale that is seemingly from another planet.

Be adventurous, and don’t be shy. Asking what THAT is, and then haggling over the price, can be a great way to practice your Spanish.

If you’re passionate about soccer, one of the nicest surprises about Costa Rica is being in a place where you’re not alone.

Soccer is by far the most popular sport in Costa Rica. Seemingly every downtown is centered around a soccer field, and it gets plenty of use. There’s often a game on TV, and if the TV is in a public place, people don’t want to watch anything else.

If the timing is right, you’ll have the opportunity to watch a live professional game while you’re here. And at the beach, we encourage you to challenge the locals to a pickup game.

Book a tour with us, and we’ll take care of the rest. Just prepare to be surprised.