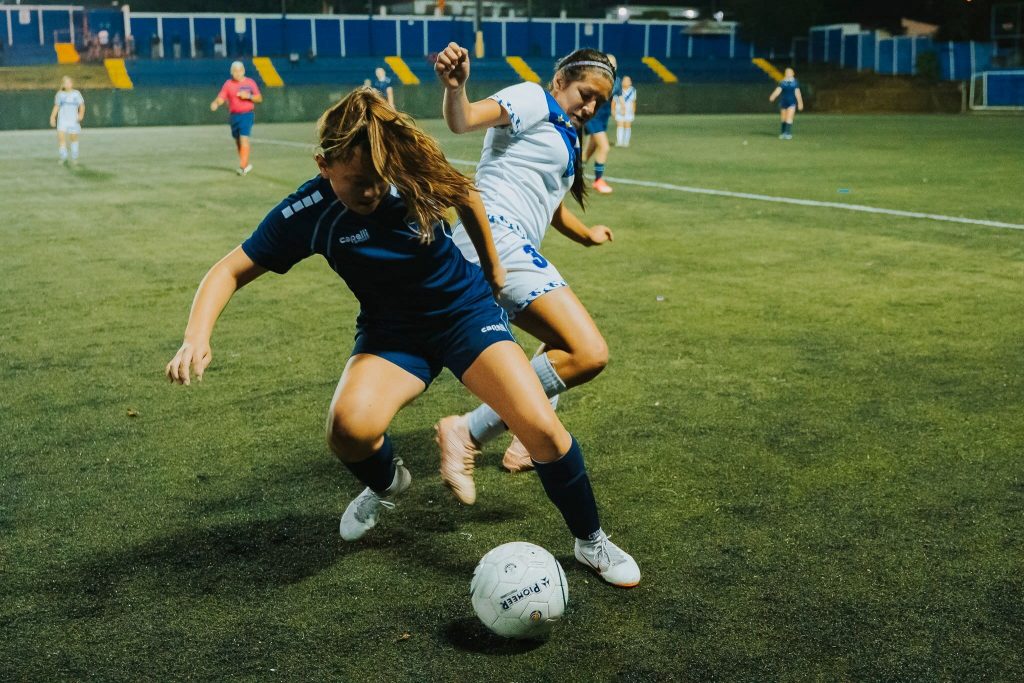 Costa Rica Soccer Tours hosts a Rush select boys and girls teams every year, the players are drawn from several U.S. states, and some of them don’t know each other before coming.

But one of the big benefits of an international soccer tour is team bonding, and that started happening pretty fast. 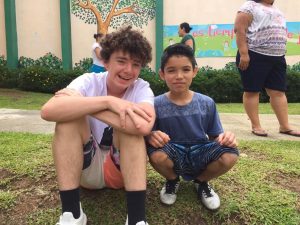 Players, parents and coaches arrived on a Wednesday in June at the airport, where we picked them all up and checked
them into their San José hotel. That same afternoon was the first soccer practice to break the ice between the newbies.

The first full day in Costa Rica was packed with practice in the morning, a walking tour of San José, souvenir shopping, and a friendly match against two Costa Rica teams. The boys squared off against Carmelita and the girls against Dimas.

“The style of play is way more intense, and the teams have amazing technique,” observed Emilio Peña of Rush Boys.

One of the highlights of all our tours is a visit to a community service project where children living in poverty are cared for during the day. The boys visited Los Guidos Children Center and the girls went to El Manantial, and in both places they delighted the children with hugs, rough-housing, cuddles and games.

Our guide for the girls’ team says some of the little ones ended up falling asleep in their arms, “a sweet and relaxing moment for us” compared to the “wonderful chaos outside with the older ones.”

View pictures from their trip! 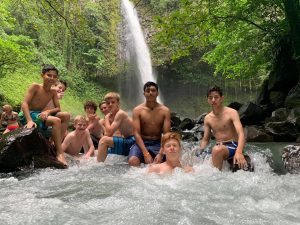 And with that we were off to our next destination — the thick of the rainforest, a place that showcases Costa Rica’s dense jungles, its incredible biodiversity and its volcanic spine. Here we checked into our hotels, did some team training and then spent a few hours getting wet in what’s billed as one of the world’s largest hot springs resorts.

The next day we explored some of the reasons why this region is called the adventure capital of Costa Rica, starting with a thrilling zipline tour through the treetops. One of the moms admitted to being afraid of heights and terrified of the ziplines, but she finally did it and was very pleased with herself.

Next we visited one of the most stunning waterfalls in Costa Rica, a 230-foot beauty with a swimmable pool at the base. Some of the parents struggled a bit climbing the 500 steps back to the top, but we were soon on the road again!

The girls’ bus stopped to see some animals in the treetops, and some of the girls got monkey poop on their shoes. Faced with this hilarious emergency, the bus stopped and we cleaned the shoes with drinking water and wet wipes, plus we opened the bus windows. This episode caused great merriment among the girls.

Day 5 was spent traveling to our hotel in Guanacaste, on Costa Rica’s Gold Coast. After check-in and lunch, the kids spent a free afternoon playing beach volleyball and pool volleyball (and chasing iguanas), plus buying souvenirs and bags of exotic fruit.

The poop luck continued bad, as one mom got “a little poop souvenir in her hair,” but another mom washed it with her water bottle, and of course the girls again found this hilarious.

The next day started with some training at the beach, and then both teams played their second friendly match, this time against local teams in Liberia.

Day 7 started with a relaxing morning off, followed by an afternoon catamaran cruise on the Pacific Ocean. Everyone got wet — snorkeling, swimming and doing backflips off the boat — and then fell silent on the way back as they took in the majestic, gorgeous sunset.

Playing In A Professional Stadium

The last day was a full one, the departure back to San José was early. We checked into the city hotel, grabbed some lunch and headed to the stadiums where the final matches were scheduled, the boys against Heredia and the girls against Codea.

“They had more technical touches on the ball and fast play,” said Kailane Nuhn of the girls’ team.

The boys were impressed to be playing in a professional soccer stadium, something that many had never seen except on TV. The girls’ parents were wowed by Codea’s level of play, and loudly applauded the opposing players as they left the field.

Asking what they will take home from this experience, Ryley Winrich of Rush Girls said, “I can take the physicality and technicality home to make me better.”

If you like the idea of your team bonding, training and gaining international experience in a spectacular, soccer-mad country, book a trip with Costa Rica Soccer Tours and leave the details to us. We’ll arrange all the hotels, meals, matches, transportation, tour guides and more. All you have to bring is your “A game.”