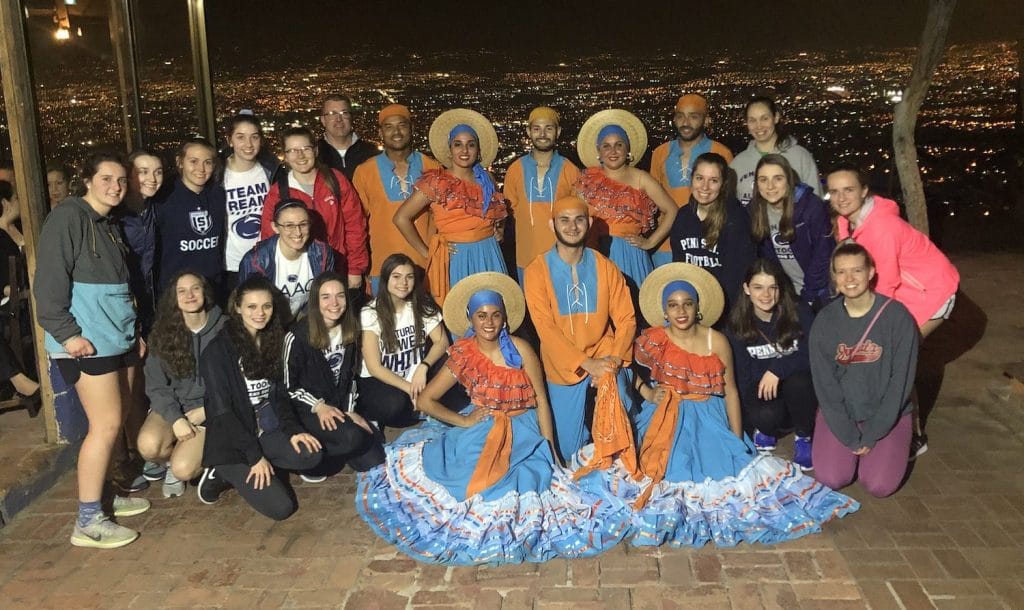 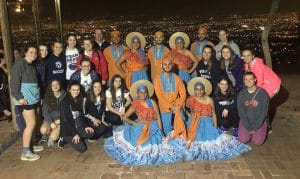 The Penn State Altoona Women’s Soccer trip to Costa Rica was definitely an unforgettable experience for the whole team.

From the moment the women set foot off the plane in San Jose, they were fully immersed in their host country’s beautiful culture and scenery, starting with a restaurant serving traditional local food in the hills of San Jose.

A group of Costa Rican dancers showed them some local songs and even encouraged them to dance along!

Experiencing a new style of playing

The next day began with a team training session, since they had their very first friendly match against local professional team Dimas Escazu. The women were excited to experience a totally new way of playing their sport, and enjoyed using this training session to prepare.

This unfamiliar playing tactic threw the women off-guard, and they lost their first friendly match. Even though they started out the week with a loss, the Penn State women were happy to be able to play in Costa Rica, and felt quite calm, especially considering the fact that they hadn’t trained or played together since November of last year. Their ability to team together and put up a good fight against a professional team from another country was quite impressive!

The next couple of days were filled with a bit more team training, relaxing, and checking out the sites. The women enjoyed hiking through the rainforest to see the La Paz Waterfall Gardens, then spent some time soaking in the hot mineral springs, which are naturally heated by lava flowing beneath an active volcano.

With their batteries fully recharged, the team was ready to spend Day 4 of their Costa Rica trip doing something completely different: volunteering at a local Public School. The women spent the day helping the students complete a painting project, then taught the children some special soccer moves.

The painting project was unique for this team because it was an exchange between the US and Costa Rica. A school in Pennsylvania created a painting for the local school in La Guaria while the Costa Rican kids also painted one for the USA girls. This was a first for our hosted trips, and it was a beautiful idea proposed by the coach.

After the day was over, Penn State Assistant Coach Brian McConnell shared that his favorite part of the day was seeing the faces of the kids while they played and painted with the team. All he saw were smiles!

Wrapping up their trip

In addition to competing in two other friendly matches, the women were able to enjoy all that Costa Rica has to offer. From a three-day trip to the beach, to a tour of the beach town’s downtown area, to several adventures in the rainforest, it’s safe to say that the entire trip was definitely an eventful one. One highlight was their walking tour of San Jose where they got to explore local landmarks. The team even had the chance to partake in a true adrenaline rush: a zip-line tour over the rainforest canopy.

“I was expecting to be a little nervous, but it was actually a really enjoyable experience and I would definitely do it again.”

As they soared over the branches, the team was able to get an up-close look at the flora and fauna they learned so much about from their guide. Not only was it an educational experience, but it was an exciting ride, too!

The team was sorry to see their Costa Rica trip end, but as they boarded their plane, they left with countless memories that they will never forget.