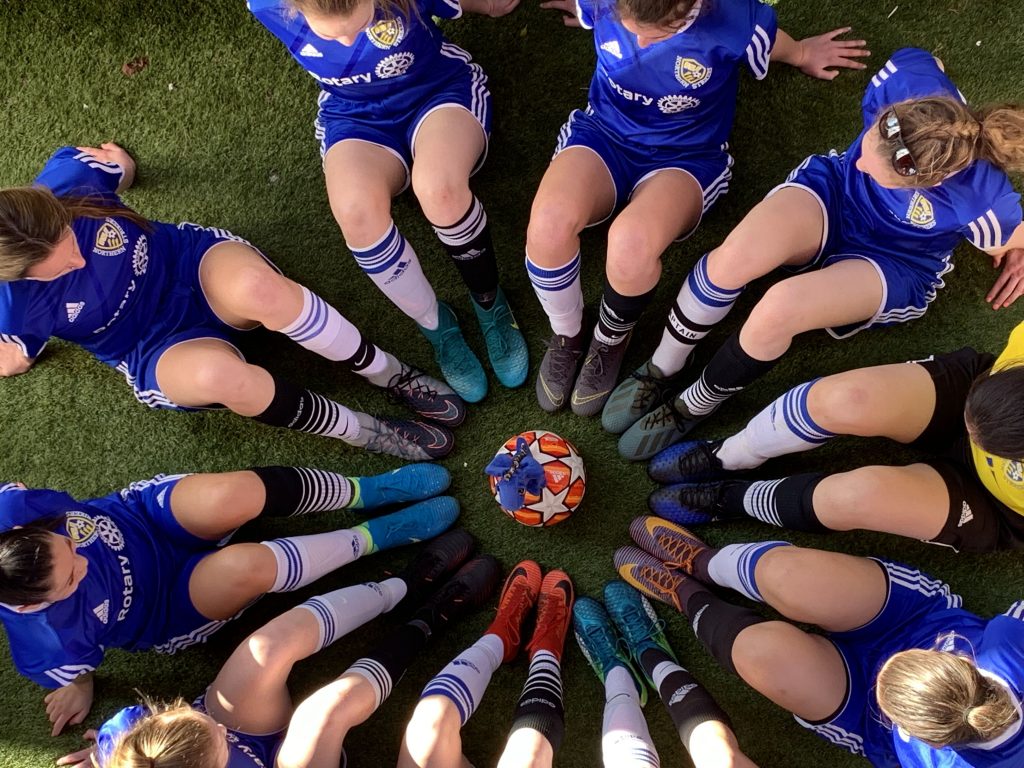 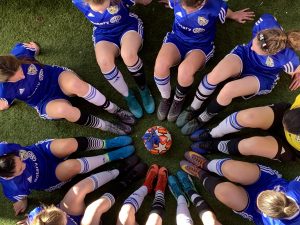 After an afternoon of getting situated in Costa Rica with an orientation and filling dinner, the Northern Strikers girls recharged for their busy first full day!

To kick things off, the Canadian team from Fort St John, British Columbia went to their first team training. They soaked in the gorgeous weather and got to stretch out their legs after their previous day of travel.

After a quick break, they then headed to the La Paz Waterfall gardens. The team got to see some of the local species of animals and went down through all the waterfalls.

For dinner, the girls enjoyed authentic Costa Rican food and experienced a fun Caribbean dance! After some hesitance, the girls even joined the dancers and stepped outside of their comfort zone.

The sightseeing continued on day 3 when the girls adventured up the Irazu Volcano. Everyone was impressed by its never ending beauty, especially the lagoon. We walked to the edge of the crater and enjoyed the highest active volcano in Costa Rica!

The day ended with their first game, which was against CODEA. During the first half of the game, the Northern Strikers were explosive and intense. You could see the great communication between players. That energy payed off and at minute nine Emma Close scored a perfect free kick.

Unfortunately, CODEA came back very strong, and ended up winning the game. The girls were okay with the loss because it served as a great learning opportunity to change up their strategy for future games. Even the coach was happy because he got to practice some of his Spanish!

Day 4 was when the team got to bond over their community service project, which they were very excited about. The girls had to prepare activities before the trip and brought all of their materials from home. They split the kids into groups so that they could participate in all the fun activities they brought. It ended up being a huge success:

“They were so sweet and loving, when we played with the balloons, they were considerate and created new ways to have fun” Leigh Hedges (Player)

Everyone had fun, interacted with the kids, practiced some Spanish and most importantly, gave a lot of hugs. It ended on a touching note when the girls donated backpacks full of school supplies they had intentionally brought.The center director was very impressed and thankful for all they donated.

Then, after a lovely shopping spree in Sane Jose, it was time to get back to playing soccer with their second friendly match against DIMAS. The game took place at night with chilly weather and the girls immediately felt more in their element.

There were plenty of shots near the goal, but none of them went actually in. The game got pretty intense, and ended with a 3-1 score in favor of DIMAS. It was an improvement from their first game, and really tested what these girls are made of.

Spirits were high during day 5 because the itinerary had zip lining in store for the team! After dominating the zip line canopy tour, they also got to enjoy rappelling, rock climbing, and a small Tarzan swing all within an amazing view of the canyon. Rici, one of the players, had never done canopy and is afraid of heights, but even she tackled the tour without even a scream! It was a wonderful character building experience.

Getting In The Game 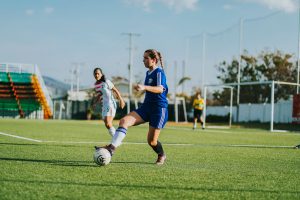 Day 6 started off with a soothing yoga session on the beach. It was the perfect way to get their head in the game for their final match later in the day.

Their match was against Liberia, a very talented team. With the beating sun and some controversial shots, the Northern Strikers lost 0-1.

They had some really nice corner kicks, but they didn’t go in. Despite this loss, the girls still held their head up high and were excited for the rest of their trip.

Their last day in Costa Rica brought them lots of sun, sweat and laughs. They started off with an intense training session where they worked on corner kick strategies and other drills. Starting off on the beach in Tamarindo we navigated around beautiful mountains. Then the team enjoyed some snorkeling and beach lounging.

The day ended with a beautiful, picture-perfect sunset and the girls were off to their home state the next morning.