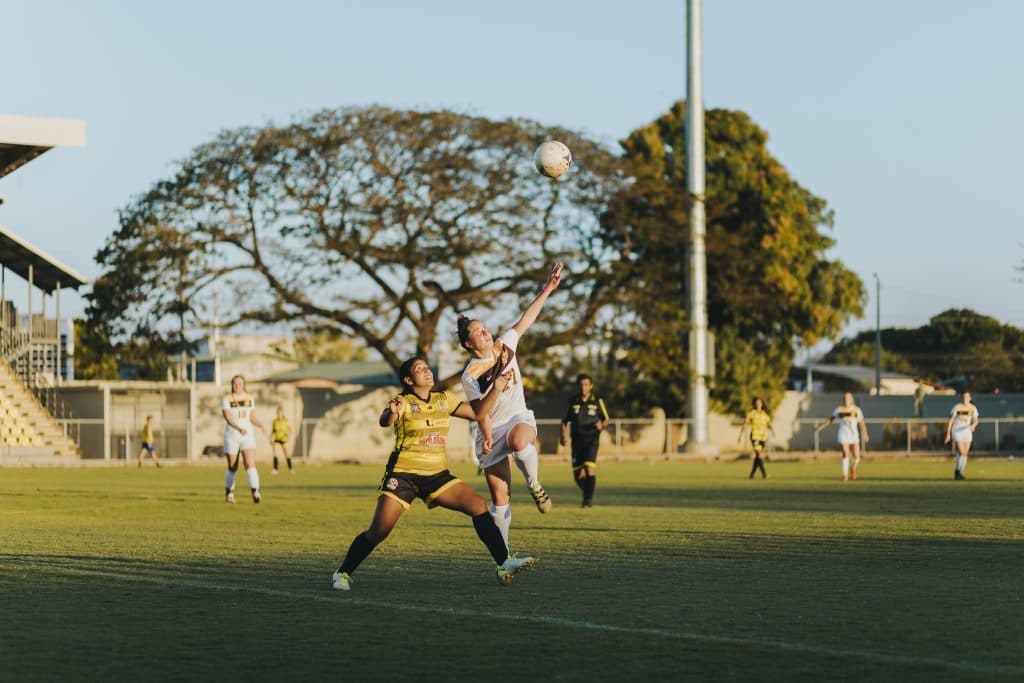 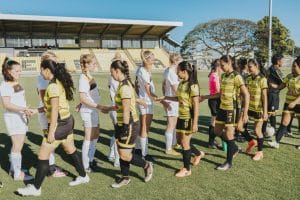 When the Baldwin Wallace University Women’s Team landed in Costa Rica, they were ready to soak in as much of the culture as they could!

After an orientation and delicious lunch, the girls jumped right into a city tour of San Jose. They took this opportunity to ask tons of questions, get a head start on souvenir shopping, and pictures in front of landmarks.

After such a busy day, the girls took the second day to unwind and relax before their upcoming week of matches. They did, however, take advantage of an opportunity to play volleyball on Pacific Beach with other USA and Canadian tourists.

It was on the third day that the USA girls had their first match where they played against Municipal Liberia. This was only after a training session in the morning where they got their head in the game (and made a new pup friend!). Bella Szymansk started off the game with a powerful score that led the girls to a victorious 3-0 win. The team was so excited that the coach let them celebrate with ice cream on their way home.

The next day the girls took some time off after an amazing first game. While playing on the beach, a friendly man came around with horses and let the girls take short rides on the beach. It was very picturesque, and all the girls made sure to take advantage of this moment!

Day 5 brought on the zip lining canopy tour that the girls were thrilled to take part of. While eating lunch, the team bonded over the awe of seeing a volcano! This excursion was an important bonding time for the girls, who stuck together the entire time.

This bond only grew stronger during Day 6 when the team traveled to La Guaria where they held a soccer clinic for kids. In accordance with the itinerary, the team was in charge of providing a mini soccer clinic for a group of children from a community that struggle with limited resources. 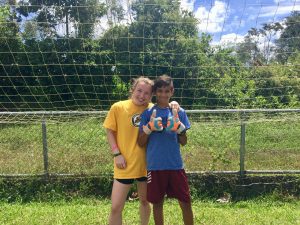 They started off slow by introducing themselves and making the children feel comfortable. Every single girl put their heart into bonding with the kids and they were rewarded with lots of love and laughs! At around 5:30pm, the team had a tough goodbye with the kids before heading to the hot water springs for some fun.

For their second match in Costa Rica, the girls played an intense game against Moravia. The weather was surprisingly cold and their opponents were impressive, so the girls were stressed. At first, Moravia’s possession of the ball was predominant, and they were playing mostly at the sides. However, BWU was finally able to score in minute 71 with a goal by Claire Cuthbertson, which brought them to a 1-0 win.

The team celebrated with their heartfelt “Thankful Friday” tradition where each team member shared something they were thankful for. It tugged at some heartstrings and brought the team even closer together. 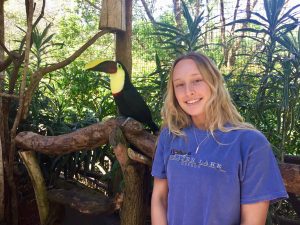 During their last full day, the team enjoyed the beautiful La Paz Waterfalls. “The waterfalls were beautiful and untouched. The animals were very eye-catching. It was a nice nature hike,” said player Olivia Muldoon. It was here that the team got to see and take photos with lots of animals including butterflies, toucans, and jaguars.

The last game was against DIMAS and it was a challenging one for the girls. During the first couple minutes, Baldwin had a hard time getting into the rivals area and gaining possession of the ball. DIMAS was proving to be a strong opponent. Baldwin eventually scored a goal, from a play that started in the middle field by Kortney Marzenski.

The match ended with the score being 2-1 in favor of DIMAS, but the girls and the coach were very happy with the team’s progress throughout the game.

“It was amazing! I think we learned a lot about their style of play and I hope we can start playing as smart as them” -Emma Bruno (Player)

On that positive note, the team then headed back to their hotel for departure the next morning. It was an eventful last day that left the team with great memories and a deeper passion for soccer.

We thanked each other, exchanged some gifts and were so nostalgic about the group leaving that some of us even cried. It was a very special moment we will never forget!