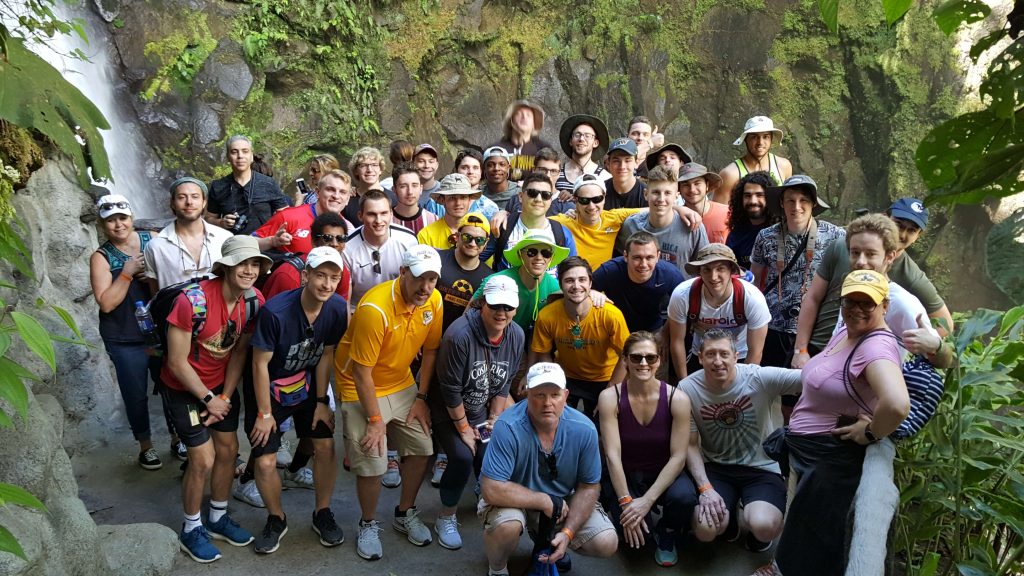 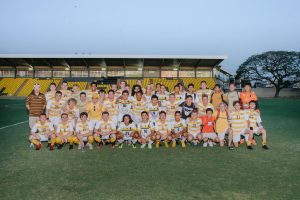 After a long plane ride, the Baldwin Wallace University Men’s Soccer Team soaked in the fresh air of Costa Rica by going on a downtown San Jose tour. It was the perfect way to kick off their exciting stay!

Day 2 was a busy one for the team as they had two matches in San Carlos. The men’s team had a big roster so the coach split them into two teams to try different combinations. The first game was against San Carlos Team A.

The game started with intensity as the Toros had the ball and Baldwin needed to press on. Even though the lines were disorganized, the Yellow Jackets got the upper hand with a goal. Unfortunately, this victory didn’t last as San Carlos snagged a win with the final score landing at 3-1 in favor of the Costa Rican team.

Their second match of Day 2 was against San Carlos Team B. In the first half the game, San Carlos dominated the game trying to get a goal. Baldwin came back in the second half more concentrated, but neither team was able to score a goal.

During Day 3 the team had their first training session to get their head in the game. Their excitement only continued to grow as they headed to the zip line canopy tour.

“It’s incredible- the views, the speed and the guides, made for a very memorable experience” – Zach Hariland (Player)

After getting their adrenaline pumping, the team relaxed in hot springs and swam in mineral pools while enjoying lunch.

The next two days were a bit more leisurely for the boys so that they could save up some energy for their next game. The team bonded over scenic views, pool time, and lots of food!

Getting their head in the game

After an intense water polo match, the Baldwin boys were ready to tackle Day 6’s games. The guys were really excited about the game; mostly to put their training into action, but also because we told them it was going to be at a World Cup Stadium. 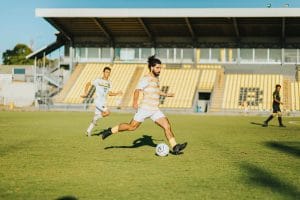 The game started with good energy from both teams. Baldwin started pushing on Liberia’s team and got the ball in the first half. As a result, Baldwin got a goal at minute 15. Eight minutes later Liberia tied the score, and neither team was able to grab a win.

Day 7 definitely tugged at the heartstrings! After a fun bus ride where the boys enjoyed cajetas, a very delicious and popular local dessert, they arrived at El Manantial for their community service project.

The team and parents enjoyed being with the kids, playing “La anda” and soccer, doing piggy back rides, and generally just bonding with each other. “Life changing,” said player Trevor Hamm. “I had such a great time seeing the joy on the kids’ faces!” 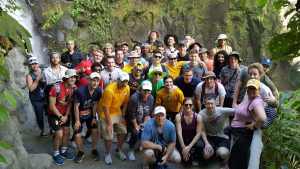 The itinerary had a jam packed final day for the boys. It started off with a mesmerizing trip to the La Paz Waterfall gardens where the team got to experience Costa Rica’s wildlife up close and personal.

After lunch, the team head to their final matches at the new Carmelita stadium. The coach decided to split them into two teams again. The first game was against Carmelita and the second was against Heredia.

The game against Carmelita started off with lots of excitement. After an action packed first half, the score was at 3-2 in favor of Carmelita. It wasn’t until minute 40 in the second half that Baldwin tied the game with a goal from Bryce Posner.

The game against Heredia was physically rough and technical as the crafty tico players pressured BW until the end. The first half ended with a 1-1 score. Despite a great effort on BW’s part, they still struggled to gain the upper hand and the game ended 3-1 in favor of Heredia.

Finally, overwhelmed with feelings, we did our farewells and shared our favorite memories and moments where the team gave the staff their upmost gratitude.