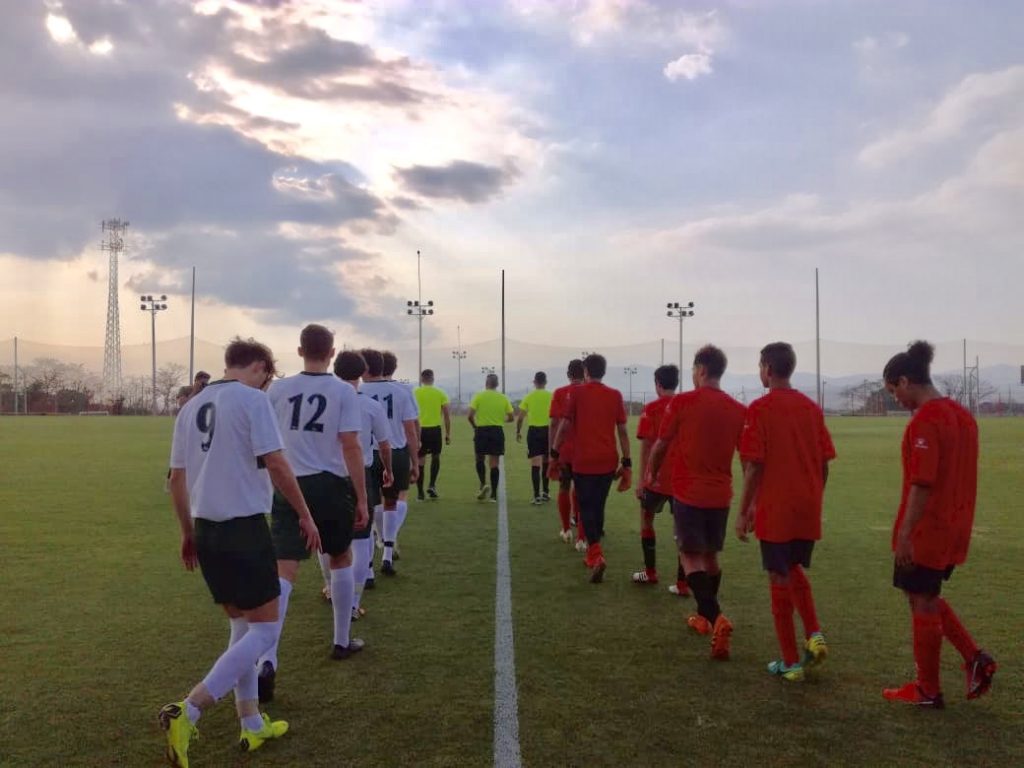 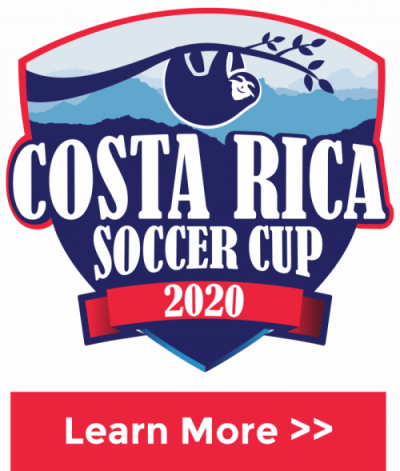 Flight arrived on time, they learned about Costa Rica in the orientation presentation. They are tired after a long day at the airport, so they are ready to rest and give the best in the games.

Fun fact: Anthony has family in Costa Rica so they were at the airport with balloons and gifts. It was a nice welcoming.

Everyone woke up early to have their first training day. It was very hot but productive. They visited twice the field to practice in the morning and in the afternoon.

Also, they went to the souvenir market and discovered that San Jose has more than 20 barber shops in just 3 blocks.

Highlight: The sunset was amazing, they trained with an orange/blue/pink sky. They loved it!!

Today was a day full of activities. We started early with the community service, they loved to play and share with the kids.

Then, they had time to rest in the hotel before the first game. 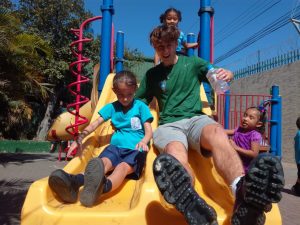 South Region had their first game against La Liga.  Everyone was excited. The weather was really good in Alajuela.

The game began at 4:00 p.m.  The first goal came by penalty in favor of Alajuela in minute 7’30. South has a couple of shots on goal but the real action started later. First half ended Alajuela (also called La Liga) 1-0 South.

The second half has a lot of action with 4 more goals for la Liga and 3 for South. It was an excited half with one goal just after the other. Alajuela won the game 5-3 in the end.

They came back just to get ready for the last activity, visit the stadium to watch the professional game Heredia vs Atlanta, a 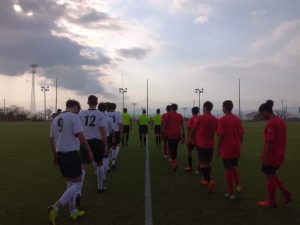 Highlight was the community service.  They really loved it and playing “la ands”. Also, one of the players from Atlanta was Douglas’s student, so they met him today and the players were really happy.

Perfect Friday to recover energy. The day began at 9 am with a good breakfast. Then they had a recover session at the pool.

They had time to rest just before the second game, some of them in the pool, others sleeping.

At 2:30 we departed to the stadium, where the game started at 4 pm.

After a team meeting South Region was ready for the second game and displayed good attitude and energy.

The game began at 4:15 p.m. with a perfect weather. Cartago against South Region.

The first half was very equal with a couple shots on goal but no one scored. The communication between the South Region players was better than the first match and it made an impact in the final result. 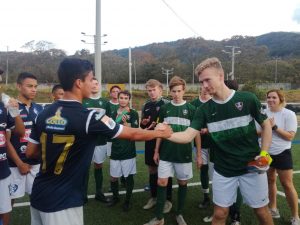 The second half was excited, the players were more organized and they scored 3 goals. They were really happy and satisfied.

The game ended with a win from South Region over Cartago 3-0.

They are ready for zip line and beach tomorrow.

Today was an adventure day for South Region, they enjoyed Costa Rican nature. The day started early and took us out to the Pacific Ocean.

First, they did zip line, it was extreme and really fun. They loved the adrenaline and to go upside down.

Then, they had a delicious lunch in Punta Leona to finally arrived and visited the beach called Playa Blanca. They were in love with the sea and had fun playing soccer and swimming.

Sunday with many activities for South Region. They started the day with a tour of the National Stadium. 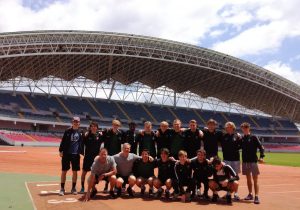 Then, they had a traditional lunch with a beautiful view at Tiquicia restaurant and relax just before the game.

4:30 p.m. started the third game. South Region was ready, they had a meeting to review positions and strategies for the game against Heredia.

First goal came at the minute 3’50 and 5 minutes later the second one. At that moment the game was 1-1. But it didn’t last too much, because first half ended  with a 3-1 advantage for South.

Second half was a really exciting with many shots on goal but only two goals scored. The final scored 4-2, South won for 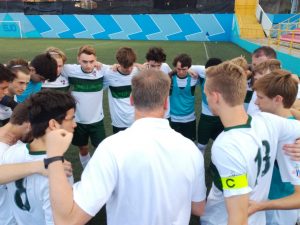 And ended the day with a game night full of laughs and good memories for them.

It was a fun Monday for South Region, they started with a training just next to the National Stadium.

After that they had a personal conversation session with the coaches just before their last game.

Last game for South Region and it was an awesome one. It started at 3:30 p.m. in Rafael Bolaños Stadium. 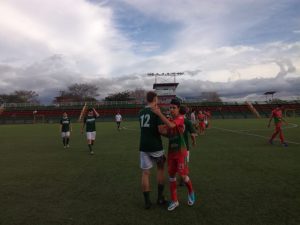 South Region dominated the ball most of the time. They scored 2 goals and the first 10 minutes. They played organized and the first half ended 3-1.

Second half Carmelita got better and the competition was equal, but at the minute 8 scored what the coaches categorized the best goal of the week. Final score 5-3.

They are really happy with this experience and ready to come back and share the memories to their family and friends.