For the last night of the tournament, the teams were ready to take the field by storm. Each player’s determination kept the game play intense, and kept viewers on their toes. Congratulations to all the girls for completing the tournament, and to the West Region for winning first place with no losses! What a great way to wrap up the 13th edition of this international event.

We are already looking forward to next year! 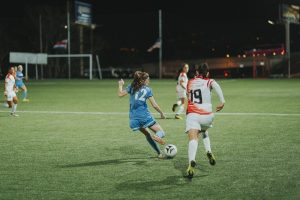 For their last game in the ODP tournament, East faced CODEA. The night was cold and windy, but the girls kept the same excitement they had during the very first match. The first half opened with CODEA completing good passes and gaining control of the midfield. Still, Region 1 was not going to let them win that easy.

Even though the Eastern Region tried to score several times during the first half, the shots were so strong and off-target that they could not get the ball inside the net. Nyla Frazier and Amanda Graziano were definitely the stars of the first half with strong dribbling and great passing skills. Nyla showed great defensive technique and gave CODEA’s forwards a very hard time; she was definitely a nightmare for them due to her strong and committed will.

After the first half finished 0-0, and none of the teams were able to break the rival’s solid defense, CODEA shined in the second half with increasingly accurate goals. After a throw-in, Camila Garcia sent the ball inside of East’s net. Morgan almost repelled the shot, but it was too strong. From that point on, CODEA dominated the match and was able to score two more goals. Unfortunately for the Eastern Region, they could not keep any of their shots on target.

The final score was 0-3 leaving CODEA with second place in the tournament. During the Most Valuable Player (MVP) ceremony, both coaches were very happy about the intensity and fairness of the game. Coach Tom Hayes said he was impressed by how well and clean CODEA plays, making sure they kick the ball and not the players. This was definitely the best game for the East Region even though the score may not have been their friend this time. The MVP of the game was Nyla Frazier, she did a marvelous job last night. 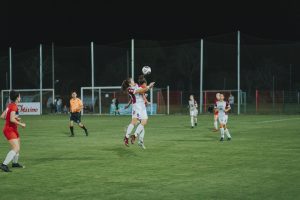 Midwest had the challenge of playing their final match against Saprissa, the National Champion. During the first 10 minutes of the game, Saprissa had ball possession and pressed Midwest’s defense constantly, which caused them to make several mistakes. One of them happened during minute 13 with a free kick from outside the box; even though it was a great opportunity to open the board, Saprissa missed the chance.

Midwest had a chance to score as well, but the ball went straight to the frame, and not inside the net. Both teams showed clear signs of physical exhaustion when they finished the first half, but they recovered after a 15-minute break and were ready to go again. Since the very first minute of the second half, Saprissa took control over the ball in order to open the score. After a fault by Midwest’s defense inside the box, the referee called a penalty kick and Saprissa got its first goal.

The second half got more physical; Midwest bet for long passes, but Saprissa had more organized lines and they stopped any defense-breaking intention. The Costa Rican team was able to score again during minute 12. The ODP girls tried to counterattack as much as possible; they had a good opportunity after a long pass into the center of the area, but Saprissa’s goalie was prompt to stop it. The final score was 0-2 in favor of Saprissa, who was awarded third place in the tournament. The MVP for the Western Region was Sara Wijdelko. 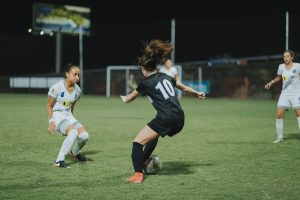 The Southern Region played their final game against DIMAS. The game started with a lot of intensity from both teams. During the first 15 minutes, South and DIMAS shared ball possession and the defenders played very hard. During minute 32, The ODP girls had their first shot on target after solid team play between Lauren Montgomery and Pia Beaulieu. It was Beaulieu who finally opened the score with a smart and fast shot in the border of the eighteen.

Before the end of the first half, DIMAS found some opportunities to score with Yaniela Arias, but none of them were fruitful. The second half started with the two teams fighting to give their best during the last night of the tournament. South tried to score several times, but they were not able to create a clear opportunity until the very end of the game.

Even though the second half was dominated by DIMAS, the Southern girls were the ones who scored and at the end, the board showed a 2-0 in favor of South thanks to their unbreakable defensive tactic, good midfielders, and skillful forwards. The second goal was scored by Olivia Lebdaoui after a great pass from Meghan Spiehs.

All the girls definitely gave their best and it was reflected in every single detail of the game. The MVP of the region was Shania Diaz, who had to leave the field earlier due to an important injury. Helen Gutierrez was another injured player. We wish them the best recovery and we thank the team in general for displaying great soccer skills and awesome human warmth. 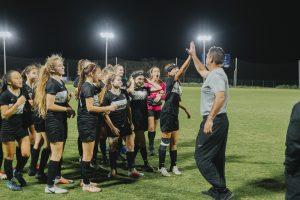 For the Western Region’s final match, they were going face to face with Moravia, one of the strongest and most tactical teams in Costa Rica. Both teams looked anxious when entering the field, but as soon as the referee blew the whistle, the smooth dance began.

Your friend here, writing this, had just found a good spot to sit and enjoy the game when boom, the ODP girls were already celebrating their first goal. Really? I had not even opened my notebook yet! Olivia Garcia had appeared- running as if she hadn’t played three previous matches in four days- and dribbled every single defensive player from Moravia. She hit the ball with such a cold-blooded power shot that it literally froze the keeper, who could only watch the ball pass the end line and enter the goal. This happened only four minutes after the game started; what a way to start the ODP tournament grand finale!

During the first half, West shifted from one side to the other, making Moravia run after the ball and it quickly got them tired. Both Zoe Lam and Kendra McDaniel tackled the midfield with great pressure and ball retrieving. Unfortunately, Kelly Bullock had a hard time stopping one of Moravia’s players inside the box and the referee called a penalty kick. Diosa Barreth shot from the eighteen, but the great goaltender, Breanna Norris, was able to stop the ball after leaning into her right side and perfectly guessing the ball’s intended direction.

Just three minutes before the first half was over, Kendall Moore entered the field and was able to score West’s second goal after a great throw that Moravia could not repel. The game was so intense that Moravia’s coach exchanged arguments with the referee during the half time. The second half was way calmer and both teams fought for ball possession in the midfield. Coach Masterson’s idea was not to leave Moravia to play out to the sides. The girls followed his orders and they neutralized Moravia’s game.

The final score of the night was 2-0 in favor of West Region, who was then named the 2019 ODP tournament winner, with no game losses at all. The MVP this time was Taylor Martin, who came from the bench and did whatever she wanted in the middle of the field. Congratulations to West girls and coaches! Thanks for the entertaining gameplay that we were lucky to witness. Let’s celebrate!