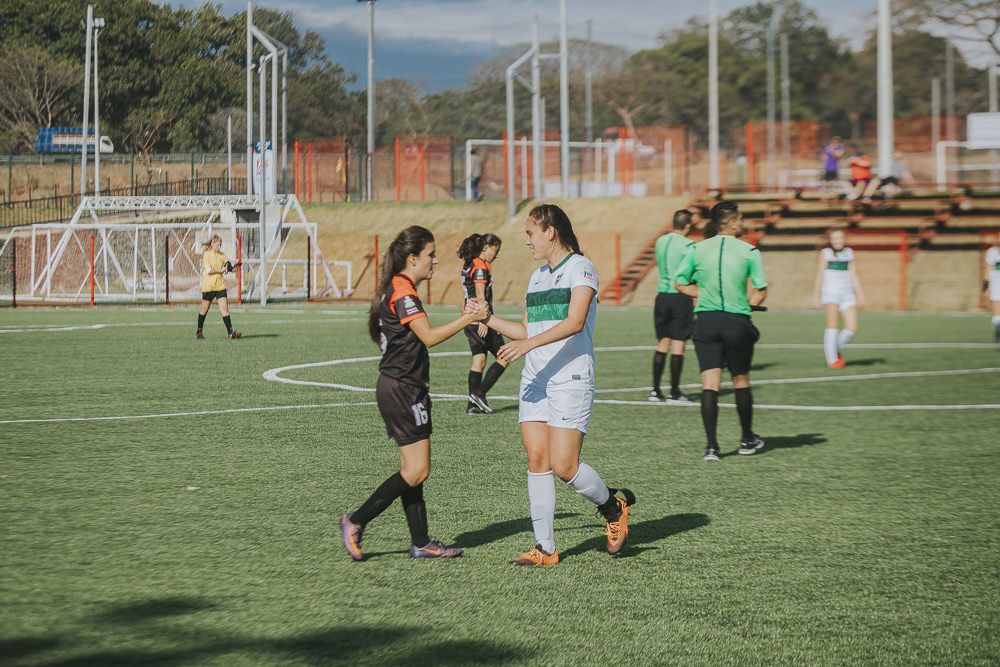 The sun was intense during the first day of matches in the 2019 Girls ODP Tournament where USA’s East, West, Midwest, and South Regions played some of the best teams in Costa Rica.

Regardless, all the girls played strong, with determination and skill. Congratulations to all the teams on excellent matches! 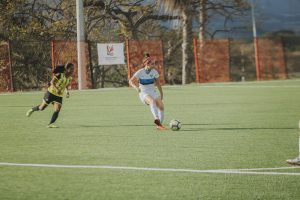 The hot turf of the “Centro de Alto Rendimiento LDA” welcomed the East Region and Moravia teams today; the sun had already started leaving, but the temperature was still humid and warm. The match started with both teams giving their all, which created a very competitive and tough match, but the girls from the East Region were mentally prepared for the challenge. Both teams were fearless in a very strong, physical game. 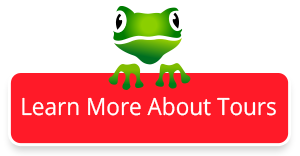 After 24 minutes, Moravia’s player Diana Araya was able to gain a point in a game full of faults and corner kicks on both sides. It was in minute 45 that Erin Flurey got the ball in the midfield, ran towards the goal area, and passed the ball to Leah Iglesias. Iglesias then attempted to score, but Moravia did not let her touch the net.

East Region was determined to level the score; they kept pressing and on minute 57 Payton Patrick scored the goal, tieing the teams. The match held a lot of fearless players, who had very high dribbling skills and a fine touch. The sun began to set and time was up, the final score was a 1-1 tie.

In the Most Valuable Player (MVP) ceremony after the game, Jallene DeJesus was named Most Valuable Player (MVP) of the Region and both teams shared some time together for pictures and chit-chatting. Erin Flurey commented on the match: “I knew it was going to be fast paced and really hot. We knew they were going to come out strong in the attacking half, but we knew we had a strong attack too so, we just had to keep going forward and keep compacted too.”

This was a physically challenging match for both teams. We hope they have some rest and recover for tomorrow since the weather is definitely exhausting and the level and pace of the games have increased significantly since last year. 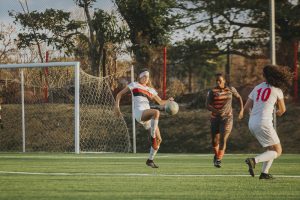 The Midwest girls had a very interesting match against DIMAS. The game started neck in neck, both teams fighting to get possession over the ball. The Midwest girls were pressing a lot, but DIMAS was giving it their all. This first period was tense until DIMAS found their way to open the score with a penalty kick after a Region’s girl’s unfortunate and accidental kick ended up on a DIMAS player’s shin.

The first half came to an end with a score of 0-1 in favor of DIMAS, but during half time the girls renewed their energy and motivation, talked about where they were lacking, and tried to fix them. During the second period, the weather changed drastically and the wind started blowing very fast, making everyone cold! It was a huge relief for the players though, since the sun had been draining their energy little by little.

The Reds started to move forward and they were finally able to score- not once, not twice, but three times! The three goals were executed by Avery Peters, Molly O ́Regan, and Jayna Fraser. This gave the girls even more energy to continue fighting until the end. DIMAS was able to score one more time, but it was not enough for them to tie the game; the Midwest Region had already made a statement.

The final score was 3-2, Midwest Region won! When the match was over, both groups got together and named the corresponding MVPs; for the Midwest Region, the goalkeeper Sara Wojdelko was chosen. This was a very good first game for the girls and we hope they continue their path tomorrow in their next encounter. 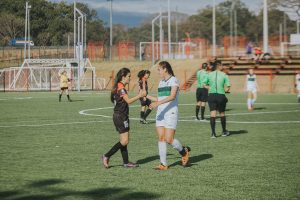 The Green team started very strong in their game against CODEA by creating several goal opportunities, but none of them ended up in the net. CODEA had their chances as well, but they were able to convert one of them, making the score against the visiting team.

It was only after the hydration period that the girls charged their batteries and were able to score their first goal by Pia Beaulieu, which gave a little breath of fresh air to her teammates. CODEA reorganized their game and scored not once, but twice. The Southern Region was now losing 1-3 when the referee blew the whistle to finish the first half.

After a 15-minute break, the girls were back on the field, anxious for trapping the ball and not letting go unless it was a goal. Unfortunately, CODEA still shot their fourth goal, making the difference 1-4. This did not bring down the Region girls; it gave them the courage to keep fighting.

During minute 16 of the second half, Olivia Lebdaoui came running from the right, controlling the ball and crossing it into the box where Meghan Spiehs found it and shot it gracefully into the net, gaining the second goal for the Greens. This lifted their spirit and kept them pushing until they finally got their third scoring by Megan during a tough fight against a defender and the goalie.

At the end of the match, Shania Diaz was chosen as the MVP of the Region. Even though the South Region displayed a strong determination, they were not able to cover and the match ended up with CODEA winning 4-3. Pia Beaulieu talked about the game and stated: “We put up a good fight; as a team we covered the field very well. We got up as a unit and back as a unit, but some things did not go as we wanted to. That is just the way the game goes.”

Keep it up and do not look back, tomorrow is another day. Learn from the mistakes and keep going; you can do it! 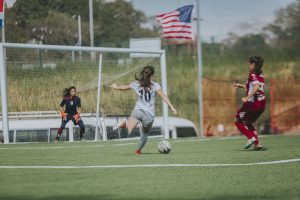 The initial match for the West Region started with Saprissa, one of the most experienced and tactical teams in Costa Rica. During the first few minutes of the game, the Blacks gained general possession of the ball, but then Saprissa moved the lines forward and started their attacking strategy.

Still, the Western Region remained calm and pressing tightly together; there was no way they were letting Saprissa take control. The game developed with strong tackles and precise one-touch passes from both teams. Saprissa tried to shoot several times but the US keeper was solid under the frame. Both teams ran back and forth in order to obtain control over the midfield; this game was intense! The first half ended up as a tie with no goals scored during the period, but the second half was about to bring joy and glory to the field.

After working on some issues that affected the team (like offsides), the team went back to the field. It was not until minute 32 that Degen Miller was able to open the score for the Region. Saprissa made great efforts to tie the game, but none of their shots ended up on target.

Carolina Venegas, Assistant Coach for Saprissa mentioned: “They play real and good soccer; they kept running until the very last minute of the match, that shows the great physical preparation that they have been through. We definitely need to work more since I think we did everything right except for the finish, and they did execute the option they had against us; that made the difference.”

The final score was 1-0 in favor of the West Region. At the end of the game, both teams were able to spend some time together and there was one player chosen for each team as the MVP of the match. For the West Region, it was Ashley Tonthat who was awarded this recognition due to her hard work and great skills.

Coach Materson described the experience of their first match as a good game in a very hot and humid environment. He said: “I am very happy with the level of competition; the team we played was very technical, very skillful and tactical. They definitely did a good job breaking us down in areas where we weren’t as good as we could have been. The game could have gone either way.”

Stay tuned as the tournament is only getting started! This was a great start to our international tournament, and everyone is excited for what’s to come.