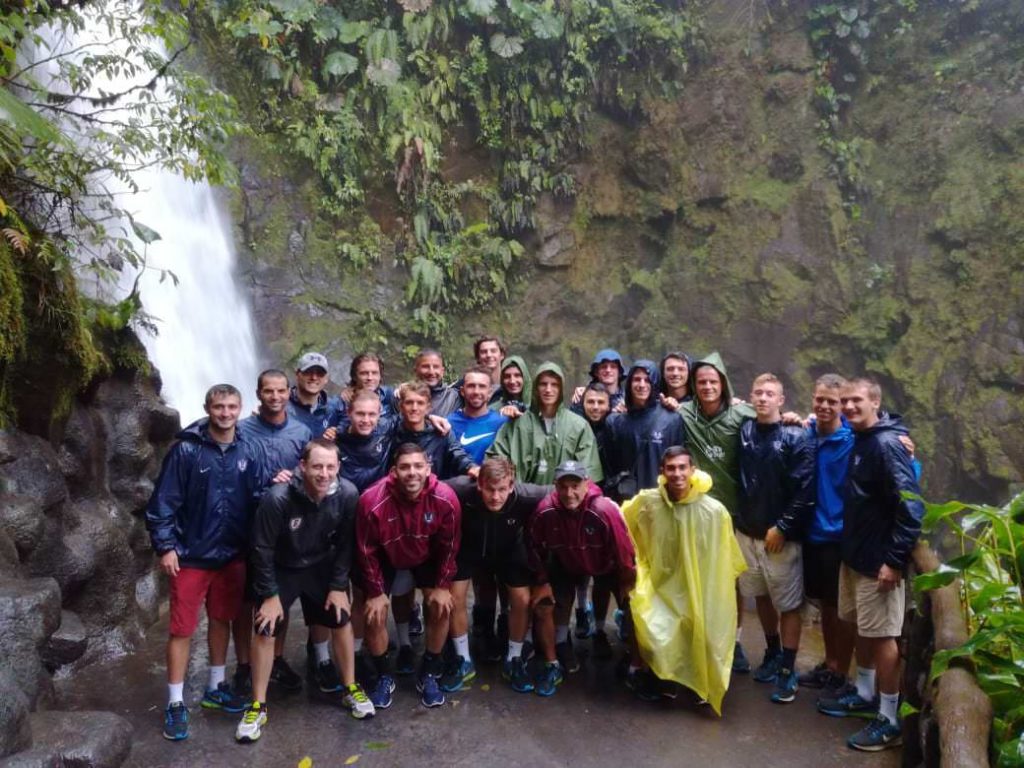 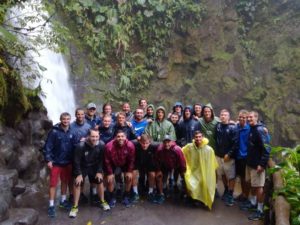 Who knew so many exciting things could happen in just eight days?

The Eastern Connecticut State University Men’s Soccer trip to Costa Rica started off with an afternoon of settling into their hotel in the capital city of San Jose, followed by a brief orientation and a team training session. The session was very important, as the men had their very first friendly match against an international opponent the following morning.

After an energizing breakfast, the men hit the field for their morning match. Their opponent – a professional team called Carmelita – was ready to play, and rounded off the first half with a 2-0 lead against the ECSU men. This deficit did not sit well with the team, who came back in the second half and scored two impressive goals to tie the game 2-2. Carmelita was impressed by their drive, and both teams loved chatting about the new tricks and techniques they had learned after the game.

Lunch was followed by a trip to the middle of the rainforest, where the team hiked trails and learned about local wildlife and plants as they made their way to the La Paz waterfalls. They even had a chance to feed a toucan and snap some close-up photos of hummingbirds!

“This tour was an amazing eye-opening experience. It introduced me to a new world of both soccer and culture.” -Jake Pendl (Player)

Day Three included a community service project at a local center for impoverished children, followed by a trip to the North Pacific Coast, where the team would spend the rest of the day relaxing in natural hot springs heated by an active volcano.

If Day Three was a day to relax, then Day Four was a day to get the adrenaline pumping. The men partook in a tubing adventure through Class 2 and 3 rapids, as well as a zip line tour over the rainforest canopy. This was definitely the most adventure-packed day of the trip!

After so much excitement, the team needed a day to unwind and enjoy their surroundings. After a morning team training session on the beach, the men had the chance to hang out around the hotel, swim in the pool, or simply catch up on some sleep. They needed the break in order to rebuild their energy for the following day’s friendly match against Liberia.

“Playing great soccer against great teams in great stadiums was amazing. It was a great pre-season tour and we are ready for our season.” -Adam Phaiah (Coach)

The ECSU men played fiercely against one of Costa Rica’s most competitive professional teams. Although they could not bring home the win, they played spectacularly, holding on to a 1-1 tie until the final minutes of the game, when Liberia was able to sneak a final goal in, and win the match 2-1.

The rest of the trip was quite a relaxing experience. The men had plenty of time to explore the beach before heading back to San Jose to catch their flight back home.

Costa Rica definitely left its mark on the men’s team. Not only are they returning home with plenty of new techniques to use on the field, but they’ll have memories and stories to share for the rest of their lives!