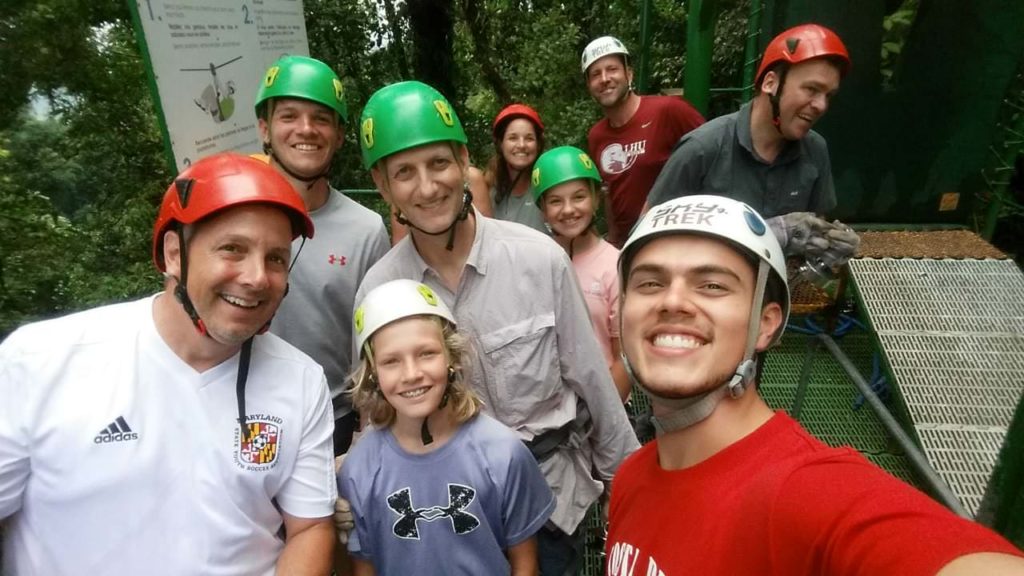 17 JulFrederick Boys Get Their Game on in Costa Rica 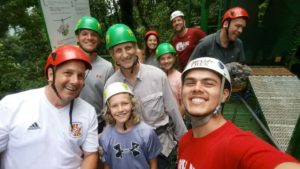 The under-18 boys team of FC Frederick of Maryland arrived in Costa Rica on a delayed flight, so they were really hungry when they got here. Fortunately, lunch was waiting at their hotel in San José. After that, there was time to settle in and rest before heading out for dinner at the traditional restaurant Tiquicia in the mountains above the city.

The next day we visited a community service project called El Manantial, where kids from poor families are given food, education and moral support. The team got to know these kids and share some love, fun and games with them. It was a magical time.

That afternoon the team had its first game, against Carmelita, and we showed up at the stadium early to warm up and get ready. As the game got underway, it was obvious that Carmelita had a lot of experience playing together, as they made great passes and played a very dynamic game. Good positioning allowed them to control the game in a way that was hard for Frederick to challenge.

Carmelita scored 15 minutes into the game with a header on a centered ball. After that, Carmelita scored an incredible shot from the corner of the box that looked like something you would see in the World Cup. The first half ended with another goal by Carmelita, making the score 3-0.

In the second half, Frederick started playing at a faster pace and applying more pressure, but Carmelita adapted their formation and closed out the win. It was a learning experience for Frederick that strengthened their resolve to up their game.

The following day we took a bus to the rainforest in La Fortuna, checked into our hotel and soaked in hot springs at night. In the morning Frederick played San Carlos, and the boys had a new mindset and were ready to give it their all.

Luke Gaffigan scored first on a penalty, and then pulled off a quick hat trick by scoring twice more. Frederick’s game looked very different from last time, and San Carlos was able to score only one goal on a penalty. Frederick won the game!

After the game, we ate a delicious lunch at a local restaurant and then headed to the spectacular La Fortuna Waterfall. The sight was beautiful and the boys all got in the water.

The next day we checked out of our hotel and the team went ziplining en route to the beach in Guanacaste. The kids were happy to see the ocean and had a good time playing some soccer on the beach.

Frederick’s last match was with Liberia, where the yellow stadium looked beautiful for the afternoon game. Liberia put up a good fight but lacked the organization to stop Frederick’s good passing and great long shots, which led Frederick to the win in this game.

The following day was one of the highlights of the trip, with a catamaran cruise on the Pacific Ocean. The boat went to Playa Conejo, were we did some snorkeling and got to see some cool animals. An octopus that was swimming all around us actually stole the show. An amazing orange sunset set the stage for sailing back to town.

Finally, some took advantage of a day off to explore the surfing scene in Tamarindo. On our way back to the hotel the team saw its final sunset in Costa Rica and enjoyed a last gathering at the beach. There was a fond farewell that night, and in the morning we headed to the Liberia airport for their departure. Great memories were created this week for the boys, but for coaches and parents too.

““Fantastic cultural experience for our youth players from the US, both on and off the field.” –Chuck Hommey, Head Coach

Interested in bringing your team on the trip of a lifetime? Contact us today for a custom quote!