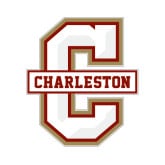 The College of Charleston women’s soccer team recently visited Costa Rica and made an impressive showing in their friendlies!

The team played a game at the Proyecto Gol Complex in San Rafael, just 30 minutes outside of the nation’s capital against Costa Rica’s U17 national team.

It was clear from the start that this match would be a challenge for both teams. While the U17 team came out with an early goal, CofC quickly responded with a goal scored on a corner kick.

The first half ended with U17 up 2-1 after a penalty kick led to their second goal. With CofC trailing in the second half, they knew they had to come out with everything they had. After several minutes of strong pressure from both teams, CofC scored a goal in the top right corner that was impossible for the keeper to block.

Everyone in the stands thought the game would end in a tie. However, CofC had one more trick up their sleeve – they scored the winning goal in the final minutes!

In addition to friendly matches, the team also spent time sightseeing and helping in our local community. Photos from their trip are available via their website and social channels.

Interested in bringing your team to Costa Rica? Contact a representative today about planning your very own custom soccer trip with Costa Rica Soccer Tours.