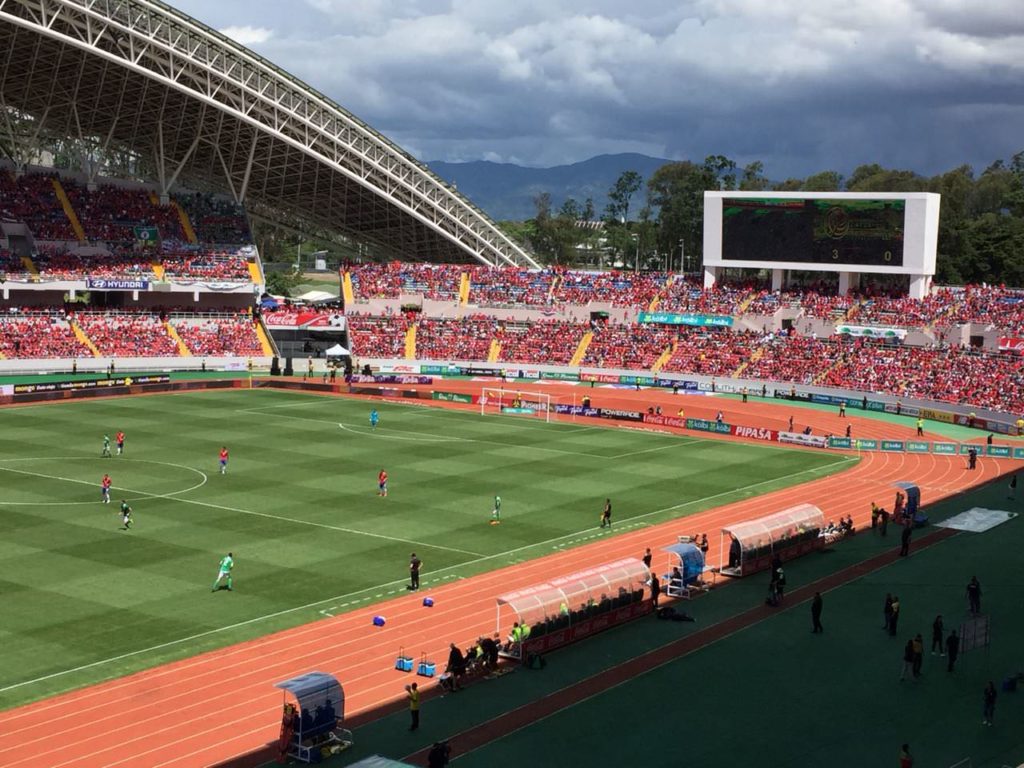 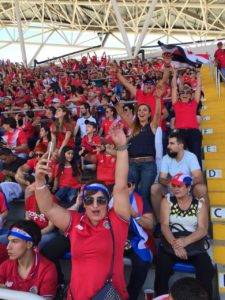 Four years ago in Brazil, the Costa Rican soccer team astonished the world. The luck of the draw pitted the Ticos against Uruguay, Italy and England, all world champions, in the so-called “Group of Death.” But “the little country that could” defeated both Uruguay and Italy and tied with England, advancing to the quarterfinals against all odds.

Fast-forward to the opening round of the FIFA World Cup in June 2018 in Russia, and Costa Rica faces Serbia, Switzerland and the 800-pound gorilla Brazil.

Costa Rica qualified for the World Cup in a 1-1 thriller against Honduras on Oct. 7, capped by Kendall Waston’s header. It’s the fifth visit to the World Cup for Costa Rica, the best football team in Central America, where Panama is the only other country that qualified this year. 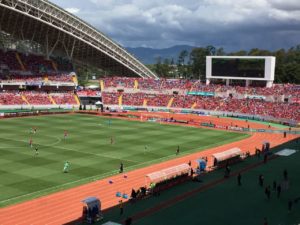 It’s never a good idea to underestimate the Ticos, who are backed by one of the best goalies in the world and have formidable striking power in a roster full of professionals from North American and European teams.

Keylor Navas, who tends the net for Real Madrid, arrives in Russia fresh from winning the UEFA Champions League title for the third year in a row with a 3-1 victory over Liverpool on May 26. Team captain Bryan Ruiz, a left-footed midfielder with Sporting CP in Portugal, is another major threat.

The list is long: Marcos Ureña of the Los Angeles FC, Joel Campbell of Spain’s Real Betis, Kendall Waston of the Vancouver Whitecaps and Francisco Calvo of Minnesota United will all be playing for their fiercely competitive little country. 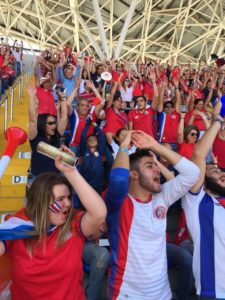 So how will Costa Rica fare against the world? One thing is for sure: 31 teams will lose, probably to some heavyweight like defending champion Germany. But who knows?

For soccer fans here, it’s not so much the destination as the journey that inspires nationwide pandemonium. If you come from a country that likes the Olympics or the Super Bowl, you should see Costa Rica during the World Cup. Ticos love their “Sele,” no matter how much they curse them if they lose.

Few fans realistically expect Costa Rica to defeat Brazil on June 22 in St. Petersburg. But the Ticos could still advance if they hold their own against Serbia and Switzerland. That could lead to a match with the winner of Germany-vs.-England.

Costa Rica will always be the David, never the Goliath. But when those two guys faced off, do you remember what happened?