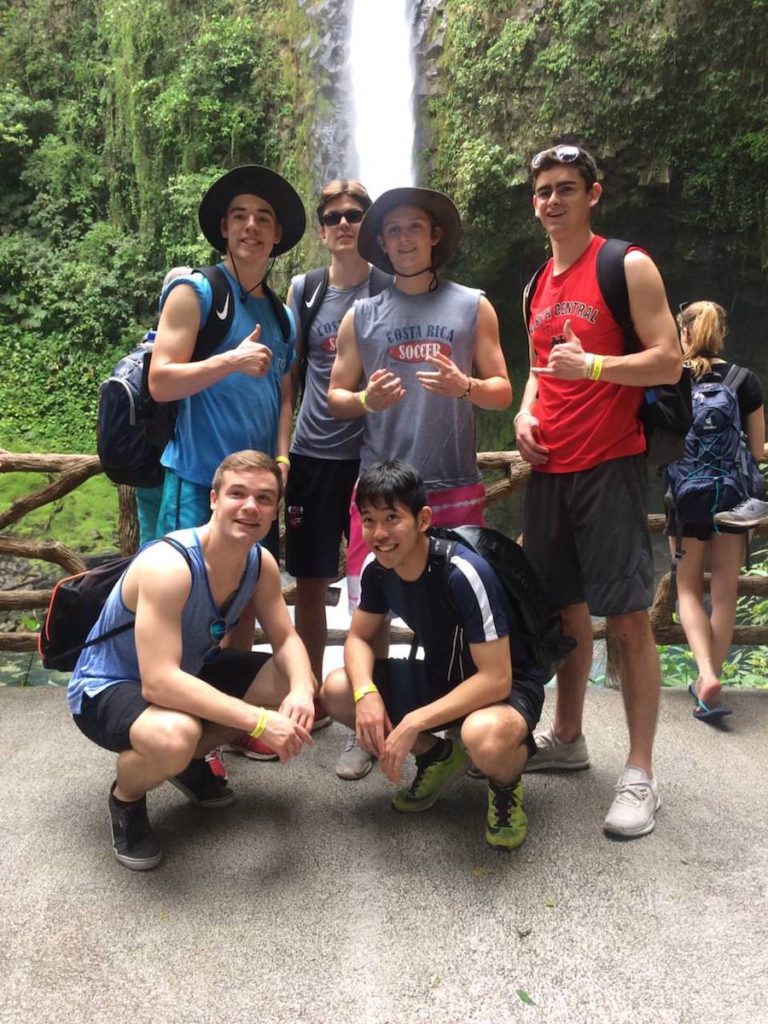 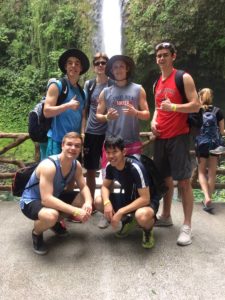 The North Central College Men’s Soccer trip to Costa Rica could be summed up in one word: adventurous.

The team’s first full day in San Jose, Costa Rica started off early, with a delicious breakfast followed by a visit to a local community center. The men would spend the morning volunteering with a group of extremely impoverished children from the center, playing games and practicing a few tricky soccer moves. The kids loved the experience, and the players did, too!

After powering up with a hearty lunch, the men suited up to compete in their first friendly match against C.S. Heredia. While the opposing team dominated the first half by scoring two goals, NCC was able to rally and keep the Costa Rican players at bay. Unfortunately, it was too little, too late, with Heredia scoring one final goal in the second half to end the game with NCC’s first loss and a final score of 0-3. The game was an exciting one, though, and both teams learned a great deal from each other during the 90-minute match.

Day 3 started off with a trip to the city’s Farmer’s Market. With such a wide variety of new and unique fruits, vegetables, and foods to try, the team definitely had to tap into their adventurous side while sampling everything! With their bellies full, the men set off on their next adventure: a drive to San Carlos in the heart of Costa Rica’s lush rainforest. A quick dip in some natural hot water springs, warmed by a nearby active volcano, had the men relaxed and rejuvenated and ready for another day.

The following morning, the NCC men decided to conquer the rainforest, and began a hike through the wild terrain in search of the La Fortuna waterfall. It was quite a spectacular sight to see, and the team enjoyed posing for several photos in front of the falls. The day ended with friendly match #2 against AD San Carlos, which resulted in the second loss for NCC. They hadn’t lost hope yet; there was still one final match left in the trip!

On Day 5, the team spent the morning in the rainforest yet again. This time, instead of exploring the ground, the men would take to the skies, soaring over the canopy on a thrilling Zip Line Tour. That got the men’s adrenaline pumping, and they couldn’t stop talking about it the entire bus ride to Flamingo Beach on Costa Rica’s Pacific coast.

The next morning, it was time for the team’s final friendly match against Liberia. At 93°, the day was scorching, and the temperatures were definitely affecting both teams. Despite their aggressive play during the first half, NCC could not keep Liberia from scoring four goals in a row. They regrouped at the half, and decided to change up their positioning, dialing down the aggression and kicking up the tactics. This proved to be a good decision, as they were able to score two goals and hold Liberia to one more point in the second half. With the final score of 5-2 Liberia, the NCC team was able to end their soccer career in Costa Rica on a positive note; they had learned a great deal from their opponents, and were able to discover several new techniques that worked for them as a team.

It was safe to say that the men had earned a day off! Their final full day in Costa Rica was spent in a bit of team training on the beach, followed by an afternoon off to relax by the ocean or explore the nearby beach town.

After such an adventurous week in beautiful Costa Rica, the team was excited to get back home to share stories about their trip. Thanks to the NCC Men’s Soccer Team for allowing Costa Rica Soccer Tours to create a custom itinerary for you!