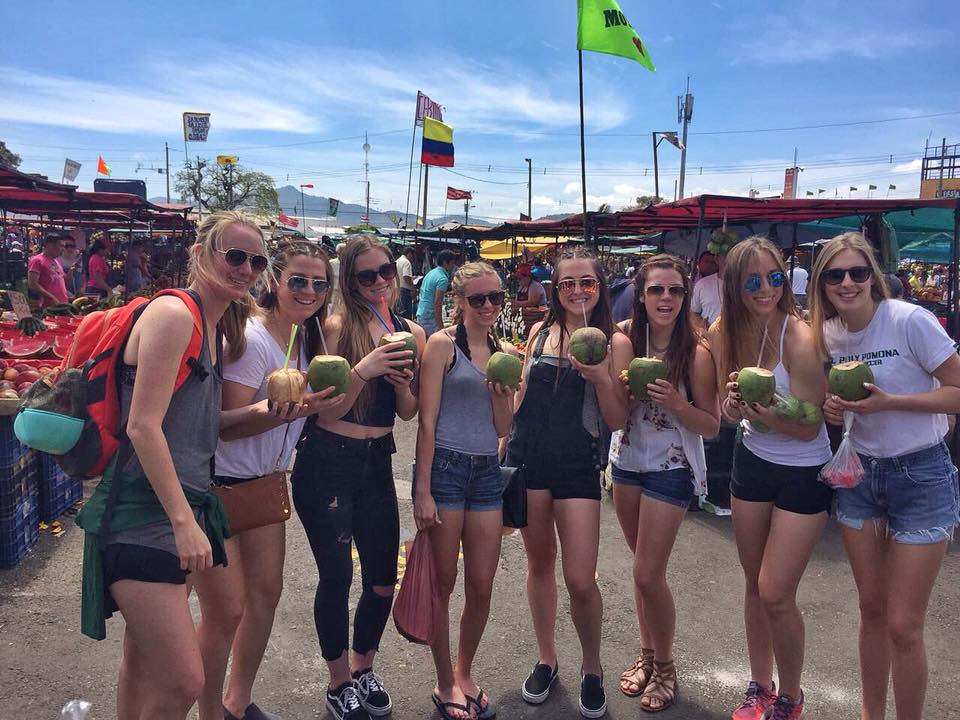 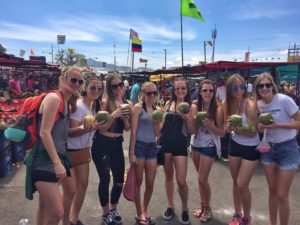 From volcanoes to beaches, relaxing waterfall gardens to heart-pumping soccer matches, Costa Rica has got it all!

When planning the itinerary for the Cal Poly Pomona Women’s Soccer, Costa Rica Soccer Tours wanted to make sure that the team got a little taste of everything this beautiful country has to offer. The next 9 days of their lives would be something they’d never forget.

Adventures in the City

Upon landing in San Jose, the team enjoyed a brief orientation, then set out to wander the streets of the capital city of Costa Rica on a guided walking tour. They saw everything, from the National Museum, to the Central Park, and even had a chance to shop at a local souvenir market. Day 1 culminated in a chance to attend a professional soccer match, where the women watched Alajuela take on Cartago at the city’s massive stadium.

The following morning, after a delicious breakfast, the team ventured out once again for a day of exploring. Starting at the Farmers Market, the women enjoyed tasting exotic fruits and sipping on refreshing coconut water straight from the fruit.

They were going to need all of that energy and hydration, since their next stop would be to the Irazu Volcano National Park. As the women walked around the perimeter of the crater of an active volcano, they took in the incredible sights that surrounded them.

Excitement before the Match

We wanted to make sure that the team was ready for their first friendly match the following day, so we coordinated a team training session before dinner. The women reviewed some of their signature plays, and discussed strategy before taking on their very first international opponents.

On Day 3, the team got their adrenaline pumping with a white water rafting excursion. This thrilling experience was just what they needed to get amped up for their first friendly match against Moravia. Both teams played well, and left the pitch with plenty of new ideas and moves to use in the future.

A Bit of Education

While most of the women admitted to enjoying a hot cup of coffee in the morning, many of them had no idea of where their beloved beans came from. That’s why we decided to book a Coffee Tour, where the team could visit a local plantation and learn about the way that coffee is made.

Nearly every team trip planned by Costa Rica Soccer Tours includes a community service activity. Costa Rica is a very beautiful country, but there are still many areas plagued by poverty, and we think it’s important that our athletes give back to the community that is welcoming them with open arms.

After breakfast on Day 5, the women visited a local center, where children living in extreme poverty spend their days learning and playing. These centers help keep the children safe as their parents work, and provide healthy meals and an education that they would otherwise not have access to.

The Cal Poly Pomona women loved every second of their time spend with the children. The kids had a blast, too! Once they heard that the team would be competing in their second friendly match later that day, they were excited to help teach the women some soccer moves of their own.

Off to the Beach

The final four days were spent in a quaint town on the Pacific Beach. Their days were filled with plenty of time relaxing by the ocean, a chance to partake in a team training session on the sandy beach, and their final friendly match of the trip. It was the perfect way to end a perfect trip!

When you get your custom itinerary from Costa Rica Soccer Tours, you’ll have a completely unique one-of-a-kind guide through one of the world’s most spectacular countries. Whether you want your trip to focus almost entirely on soccer, or a change to give your team the opportunity to unwind and learn about a totally new culture, we can make your dream trip a reality.