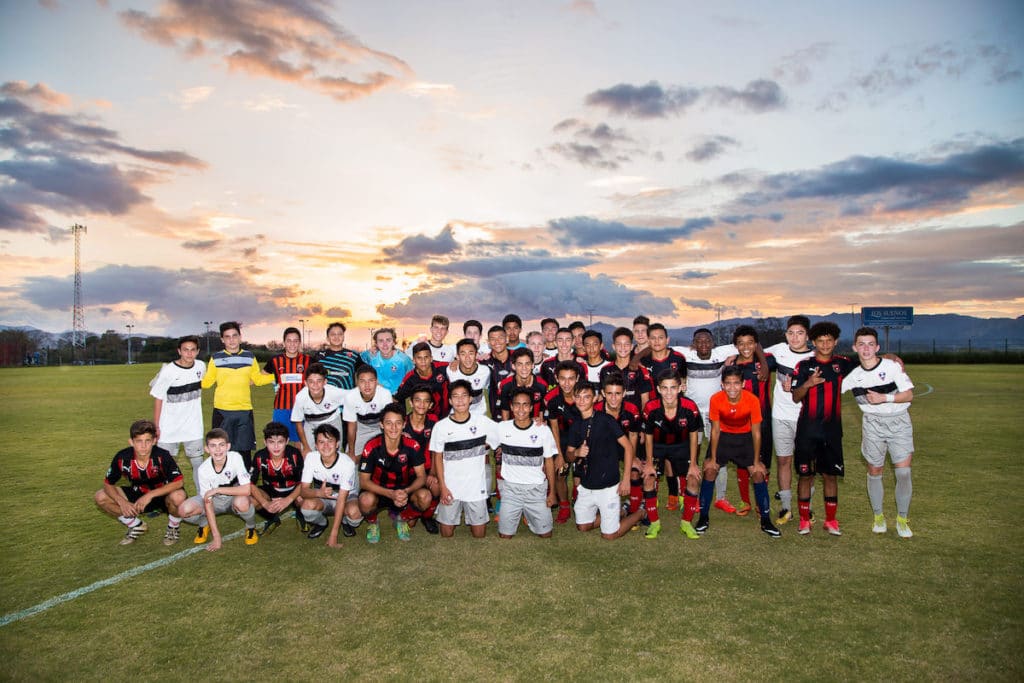 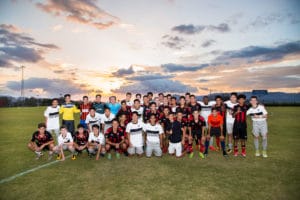 The West Region ODP Boys 03 hit the ground running from the moment they stepped off the plane in Costa Rica.

Day 1 of their soccer trip found the team dropping their bags off at the hotel before heading to the Rorhmoser Stadium for a team training session. After working up an appetite, they headed to a local supermarket to pick out food for lunch. Making their way around a supermarket in a foreign country was definitely an experience for the team!

The following day began with even more team training. This may seem like lots of of practice, but the boys had learned what it took to be an athlete in ODP during a presentation the night before, and were more than ready to meet the rigorous expectations. Plus, the coaches made sure to make some of the exercise fun, including a break from the heat with an aerobics exercise in the hotel pool before lunch. The day ended with their first friendly match against Alajuela, which culminated in a win for the West Region ODP Boys 03. Their spirits high, the team headed back to the hotel to rest up for Day 3 of their trip.

After a big breakfast, the boys made their way to a local children’s center, where they spent the morning volunteering with local children from impoverished families. By the end of the visit, many of the boys expressed interest in sponsoring a child when they returned to the US. It was great to see how much their time a the center impacted their outlook on the way of life of others.

The day ended with friendly game #2 for the boys, where they dominated the field during a match with Carmelita. The match was very physical from the start, and the heat combined with both teams’ efforts forced Hydration Stoppages during the game. Despite Carmelita’s best efforts to gain the lead, the West Region ODP Boys 03 always stayed one step ahead of them, and came out of the match with a score of 3-2 and a second victory under their belts.

Needless to say, the team was exhausted after a very busy first three days in Costa Rica, and everyone went straight to sleep the moment we returned to the hotel. 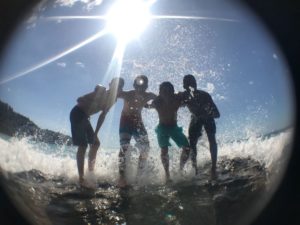 Enjoying a fun trip to the beach.

The remainder of the trip was just as exciting and jam-packed with activities. The team had a blast on a zip line tour over the jungle canopy, relaxed on the beach, swam in the ocean, hiked through the rainforest to see hidden waterfalls, toured the capital city of San Jose, and lounged by the hotel swimming pool. Surprisingly, one of the favorite stops on the entire trip continued to be the local supermarket; the boys visited to purchase snacks every chance they got!

By the end of the trip, the team couldn’t stop talking about all of the incredible things they had seen and done during their time in Costa Rica. In addition to visiting some of the country’s most beautiful locations, they would return home with a 4-0 record on international matches. What an incredible feat for this group of talented athletes.