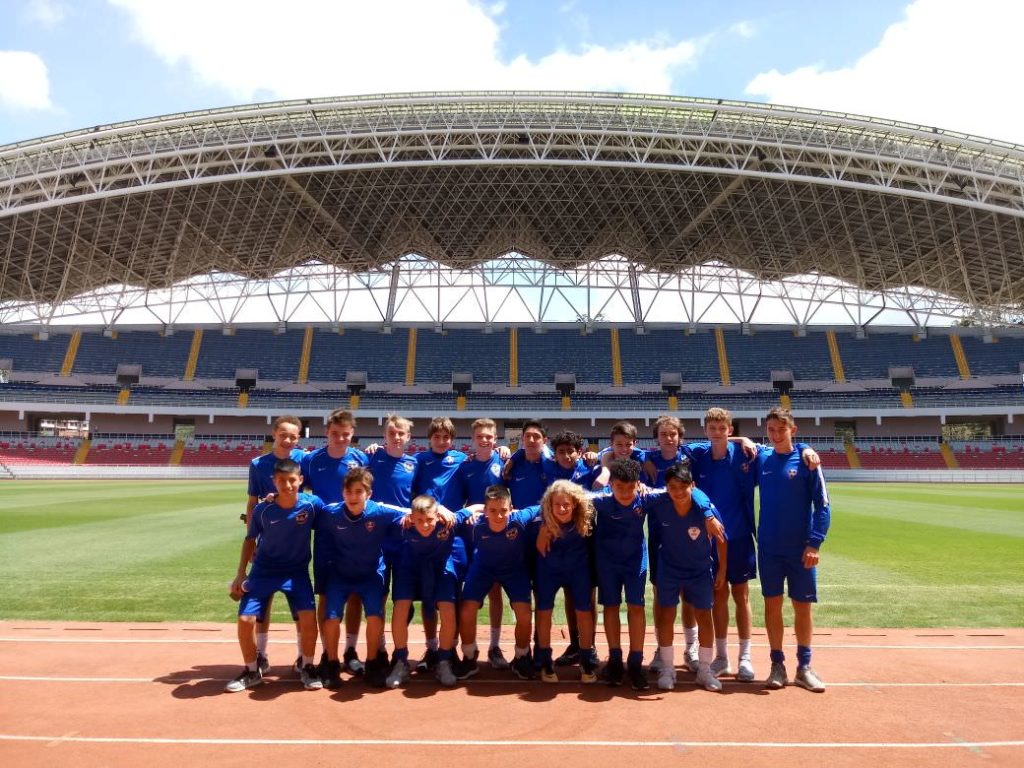 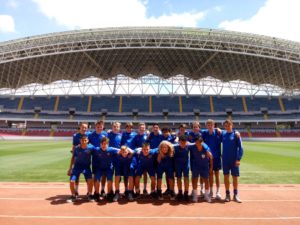 The East Region ODP Boys 04 Soccer Trip was a huge success, thanks to careful planning and the ideal custom itinerary drafted by Costa Rica Soccer Tours.

After a day getting acclimated to their new surroundings, the boys started Day 2 of their trip with a hearty breakfast and a trip to the La Paz waterfalls. These stunning falls are about an hour and a half outside of Costa Rica’s capital city of San Juan, and made for the perfect day trip, filled with monkeys, felines, and oxen.

After hiking the trails, the team sampled their new favorite beverage at the Tica House: agua dulce. This traditional local drink is made of sugar cane and milk, and the guys loved it!

Next, the team made their way to the Alejandro Morea Soto, to watch professional Costa Rican team La Liga compete in a match. The guys loved the crazy atmosphere of the Liga fans; by the end of the game, they were decked out in brand new jerseys, hats, ands carves, and were cheering at every Liga goal.

The team’s first full day was jam packed with activities, and the team couldn’t wait to see what the follow day would bring.

Day 3 began at the Children’s Center, where the East Region ODP Boys 04 team learned about their mission and toured the center. The boys had a great time sharing and playing with the kids before making their way to a nearby soccer stadium, where they dominated the field against local team Saprissa.

The following day began with team training and a study hall before lunch, followed by a second friendly match against Liga Deportiva Alajuelense. The sun was shining brightly when the game started, which meant the players had to stay hydrated and focus on all they had learned from the previous match and from watching La Liga compete. The match was tied for most of the duration, but LDA scored twice more to win it before the last whistle blew. 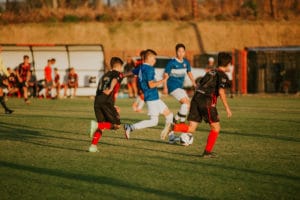 The boys competed in four friendly matches, proving they could dominate even on international turf and ending the trip with a 3-1 record.

The East Region ODP boys had plenty of new notes to take back with them for future training sessions. There were still two more friendly matches to compete in!

By the end of the trip, the boys would prove that they knew how to dominate the field against all sorts of competitors, winning their final two friendly matches and returning home with a 3-1 record on international turf.

In addition to competing in challenging friendly matches, the team enjoyed a day at the beach, checking out crocodiles, flying over the jungle on a Zip Line tour, and exploring San Jose.

The boys also visited the Art Museum, La Sabana Park, El Paseo Colon Avenue, and a souvenirs market. They even got to tour the National Stadium, enter the locker room, and go out on the field to snap some photos. The trip culminated in a wonderful dinner at a restaurant in the mountains of San Jose, where local artists and musicians got the whole team involved in some traditional dances!

We had a blast planning this memorable trip for the East Region ODP Boys 04. The memories they made will last a lifetime, and the lessons they learned will carry them far beyond their soccer careers.