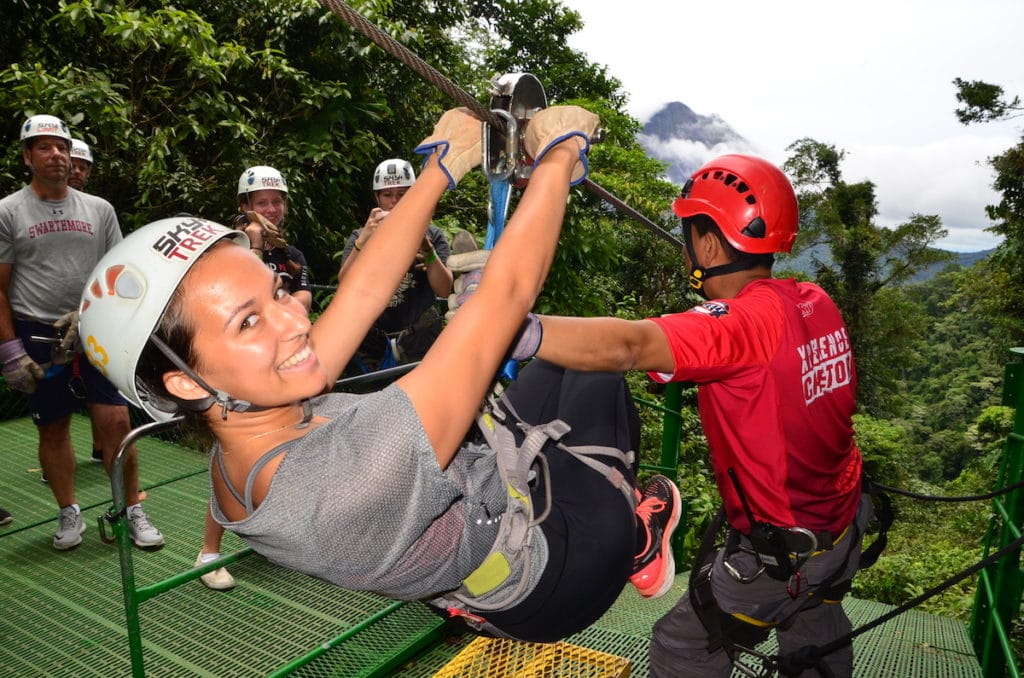 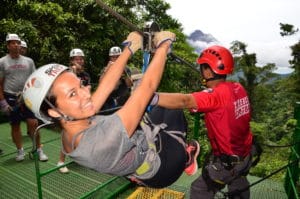 Costa Rica is home to some of the most talented and competitive soccer teams around. With almost as many professional teams as there are in the United States (despite being just the size of West Virginia!), many might say that soccer is a way of life in Costa Rica.

In addition to being avid followers of soccer, Costa Ricans also abide by another way of life: pura vida. Translated, it means “the simple life,” and it’s a lifestyle that has created an incredible culture, perfect for your team to immerse themselves as they form an unbreakable bond while on a trip with Costa Rica Soccer Tours!

Swarthmore College Women’s Soccer wanted more than just an athletic challenge when they planned out their custom itinerary with our team. They wanted the chance to experience pura vida, come together as one cohesive unit, and learn life lessons both on and off the soccer field. 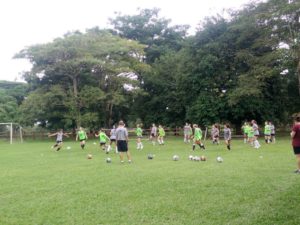 Because of this, we felt that an extended stay in Costa Rica would be the best plan for them. We mapped out a 10-day trip, which would take the team from the capital city of San Jose straight into the rainforest, followed by a stay at a beach resort, and culminating back in San Jose with a chance to really explore the city.

The team competed in three friendly matches, improved during four team training sessions (one of which took place on the beach!), challenged each other to a 3v3 match, participated in a team building activity, and even sat down for a classroom session. The women learned a great deal about the sport they love, and couldn’t wait to put their knowledge to good use once preseason started up back home.

See the team in game action: 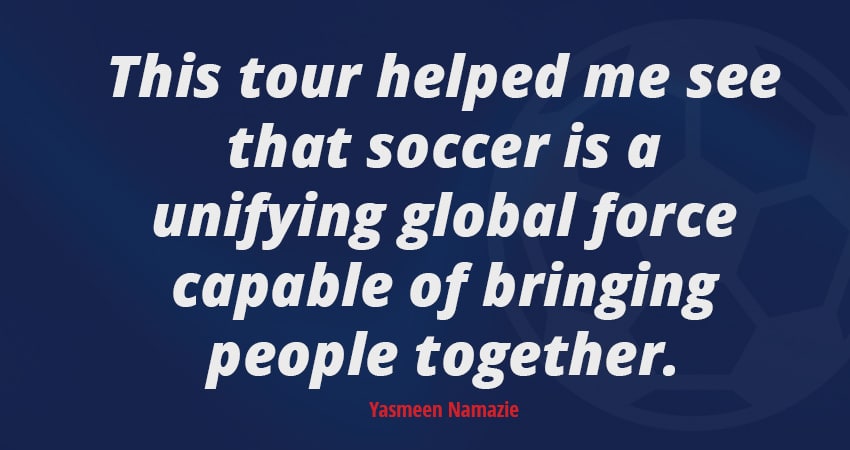 With all of that hard work under their belts, they definitely deserve the chance to truly experience pura vida during their stay! Costa Rica Soccer Tours planned a hike through the rainforest to the La Fortuna Waterfall, a white water rafting trip through some of the world’s most exotic scenery, and a breathtaking zip-line tour over the rainforest canopy.

When it came time to relax, we did not disappoint. The women enjoyed a soothing soak in natural mineral hot springs, a yoga session on the beach, a sunset catamaran tour along the Costa Rican coastline, and plenty of breaks to soak up the sun at the Tamarindo and Pacific Coast Beaches.

San Jose had plenty to offer the Swarthmore Women’s Soccer Team, too! They took a city tour of downtown, wandered through a local market, and volunteered at a center for impoverished children. The team ended the trip with their final friendly match against Moravia, where they were able to practice all they had learned.

Taking your team on a trip to Costa Rica is about so much more than spending countless hours running up and down the field. Be sure to truly experience all that Costa Rica has to offer, and find out what a dose of pura vida can do for your team’s sense of unity!